“AJI-NO-MOTO®" is the household name as a flavour enhancer for more than 100 years. There are many rumours that have sprung out over the years on the use of “AJI-NO-MOTO®” which contain MSG. Ajinomoto Co., Inc. (“Ajinomoto Co.”) is a global manufacturer of high-quality seasonings, processed foods, beverages, amino acids, pharmaceuticals and specialty chemicals.

For many years Ajinomoto Co. has contributed to food culture and human health through wide-ranging application of amino acid technologies. Today, the company is becoming increasingly involved with solutions for improved food resources, human health and global sustainability.

Among some of the popular rumours is the Chinese Restaurant Syndrome that upon consumption of MSG; On April 4, 1968, Dr H.M. Kwok wrote a Letter to the editor of the prestigious New England Journal of Medicine. He described a “strange syndrome” that he experienced when eating in Chinese restaurants that included a feeling of numbness, weakness, and palpitations, and speculated about several possible causes, including the soy sauce, cooking wine, high sodium content, and MSG. He concluded by suggesting that one of his colleagues perform a proper scientific investigation into this phenomenon and offered to help.

Unfortunately, this incomplete letter marked the birth of an idea, unsupported by evidence, that MSG caused “Chinese Restaurant Syndrome.” And suddenly, Chinese restaurants everywhere were hanging “No MSG” signs on their front windows.

The truth is that after years of research, it’s still not proven whether Chinese Restaurant Syndrome exists at all. But it has been scientifically established that if this syndrome does exist, it definitely is not related to MSG. The final piece of evidence was published by Dr Geha in 2000, which concluded that adding MSG in food does not cause Chinese Restaurant Syndrome. Nonetheless, decades later, this rumour hasn’t been completely eradicated. Subsequent studies on the use of MSG by Dr Takasaki (1979) and Dr Helms (2017) have suggested that normal consumption of dietary MSG has no negative effect on the brain. 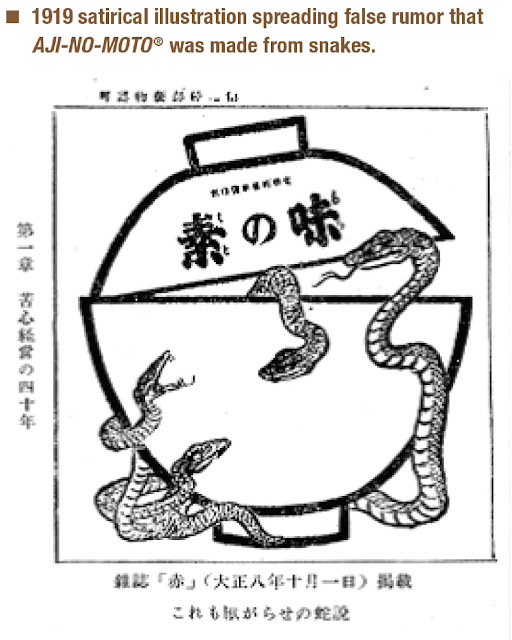 Another popular rumour is that “AJI-NO-MOTO®" is made from snakes. But, like rumours tend to do, this idea managed to spread from household to household in Japan. To counter this rumour; Ajinomoto Co. ran a newspaper advertisement denying the rumours, and started to conduct public tastings and hired performers called “chindon-ya” to promote the product’s image in Japan as that was medium to reach the public was very limited. 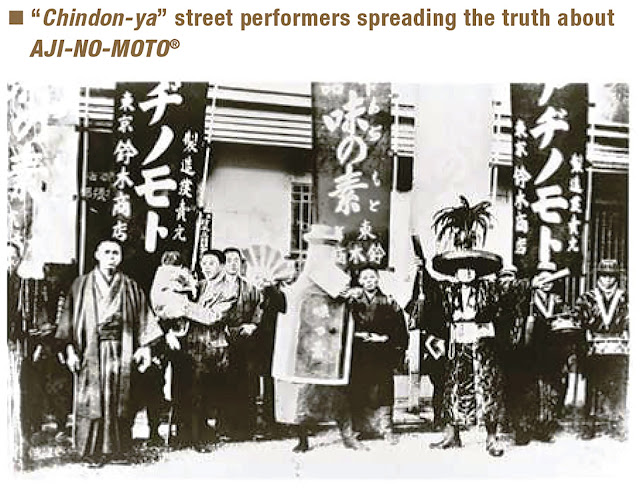 To counter rumours over the years, numerous studies have concluded that MSG is safe for public consumption. As a result, major regulatory bodies have publicly confirmed the fact. The Japanese Ministry of Health, Labour and Welfare, which regulates food safety in Japan, officially approved MSG as a food additive in 1948. Ten years, later, the United States Food and Drug Administration recognized MSG as safe.

Studies have shown that the blood glutamate level does not rise when monosodium glutamate is used with food. Accordingly, about 95% of glutamate is metabolized in our intestine for energy. 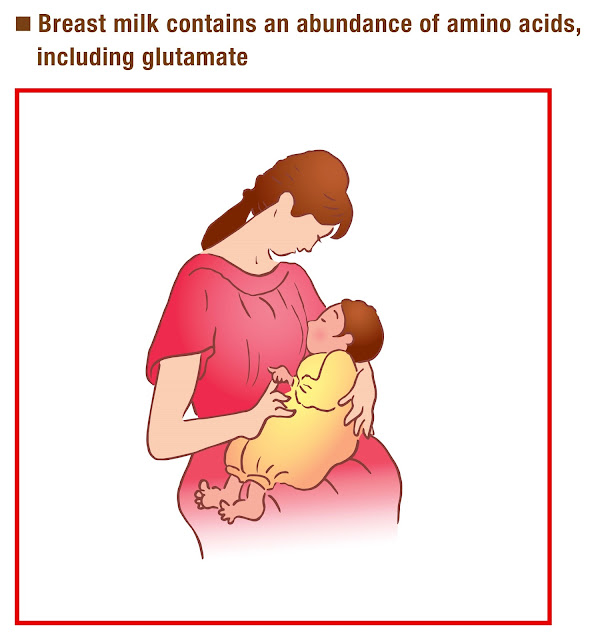 Glutamate is a dominant amino acid found in breast milk - Infants metabolize glutamate as well as adults do and consume more glutamate than adults relative to body weight without any harmful effect.

Glutamate is a basic taste substance, with its own taste receptors on the tongue. 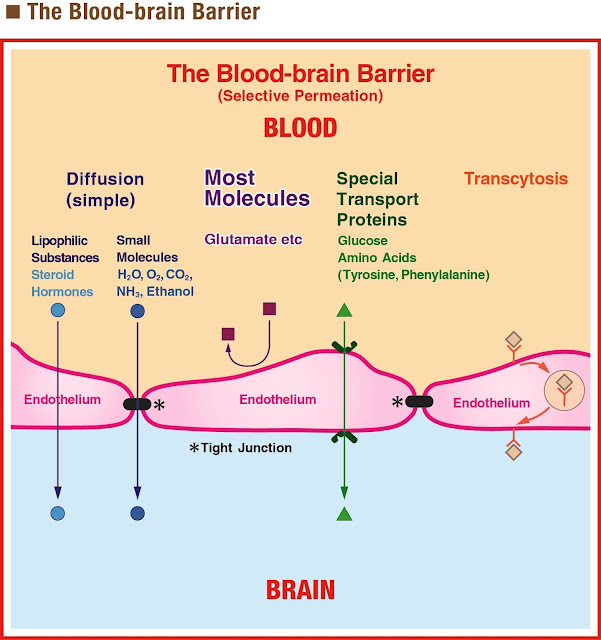 If there’s a bright side to the history of rumours and false claims against MSG, it’s that Ajinomoto Co. has repeatedly responded to these situations with science and evidence. MSG is likely one of the most studied food additive substances in the history of the world.

And the continual research Ajinomoto Co. has conducted on its products has made us one of the foremost expert companies on glutamate and other amino acids in the world, which led to our diversification into the fields of science and health.

Posted by Auntie Lilly FollowMeToEatLa at 10:42