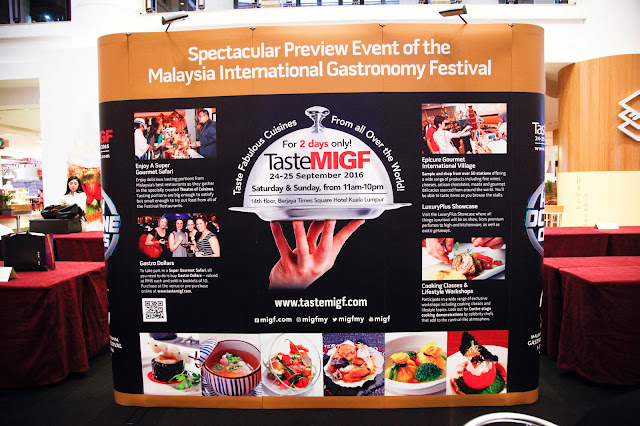 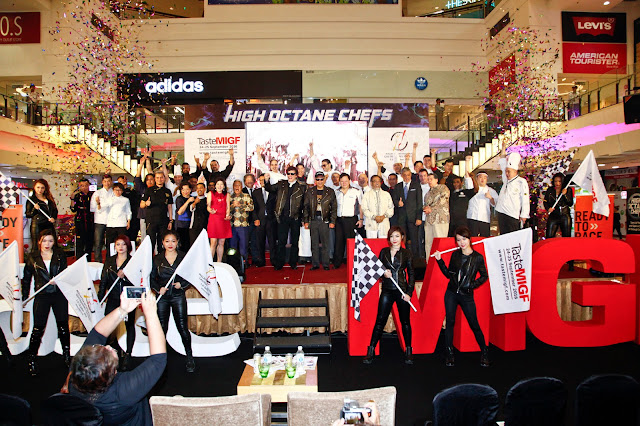 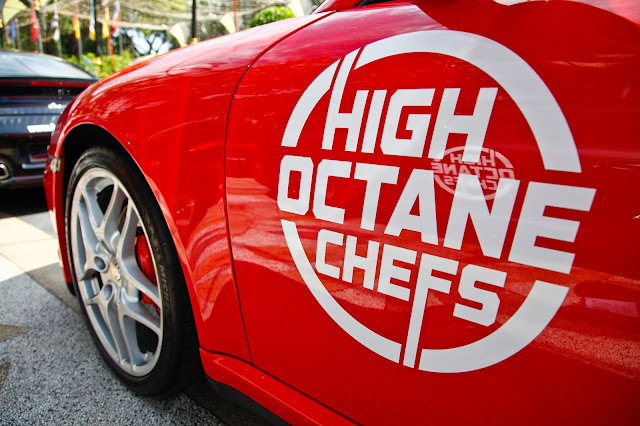 Media from around the world, celebrity guests and thousands of members of the public looked on in awe as the Malaysia International Gastronomy Festival (MIGF) and its preview event, Taste MIGF were announced in an action-packed Media Launch at Berjaya Times Square recently. 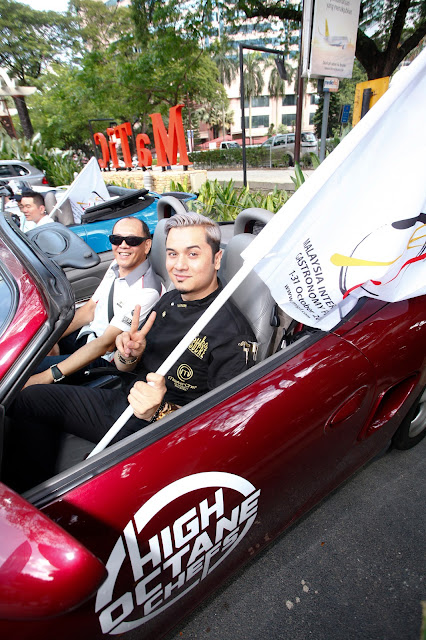 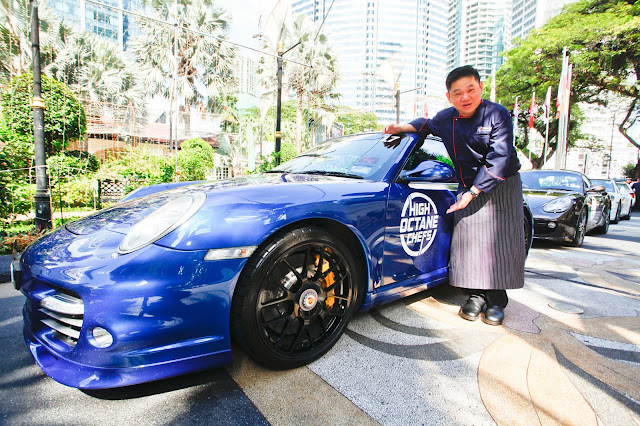 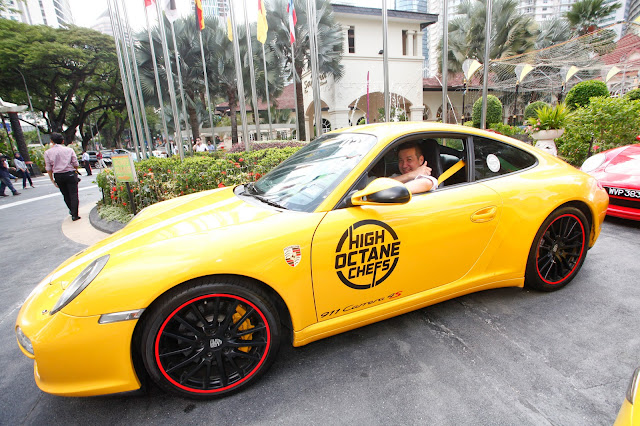 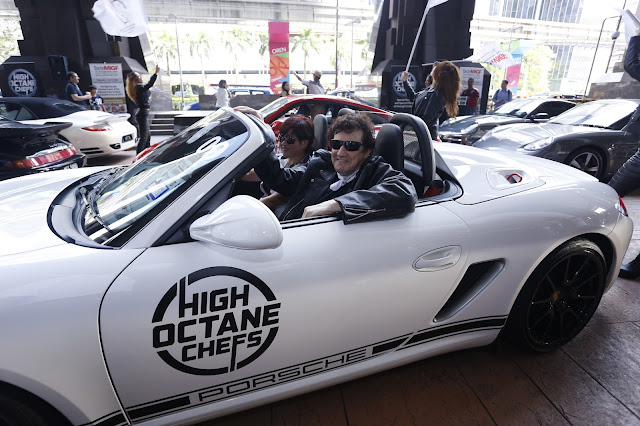 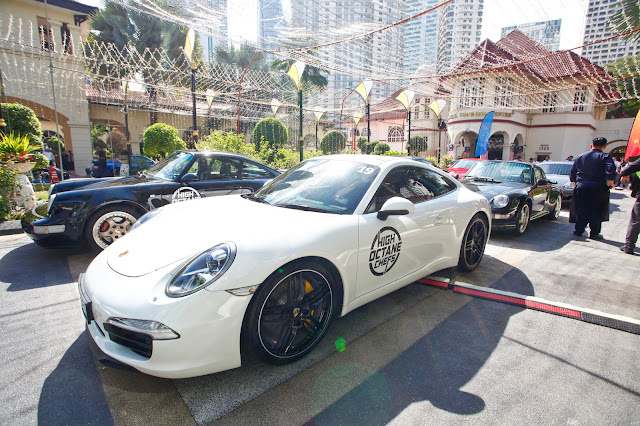 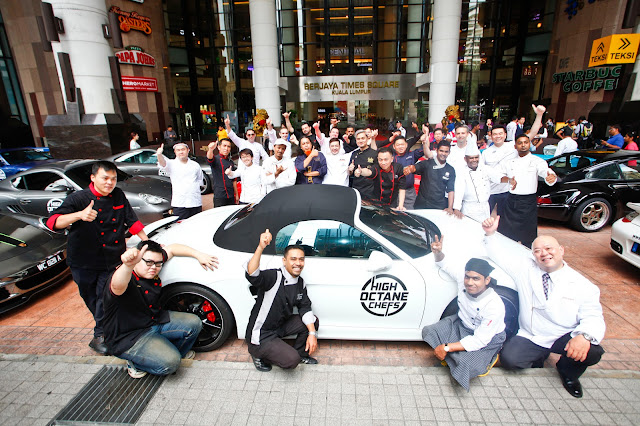 A huge crowd eagerly awaited and cheered the arrival of the 34 cars as they pulled up to the shopping mall’s entrance. The cars revved their engines as they came to a halt before the chefs made their way down to the stage area on the lower ground concourse where a stage replete with Harley-Davidson motorcycles set the scene for the official introduction of this year’s Festival restaurants and their chefs. 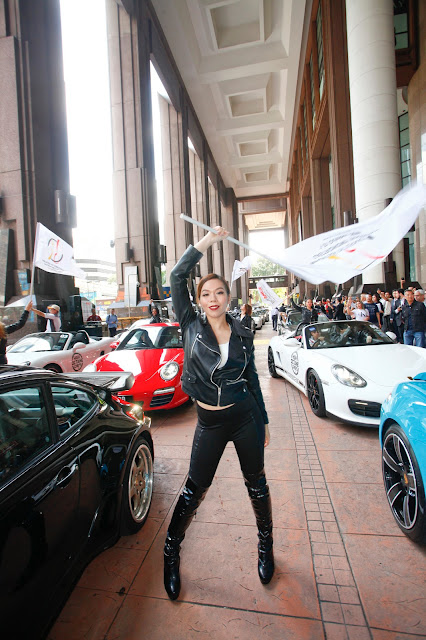 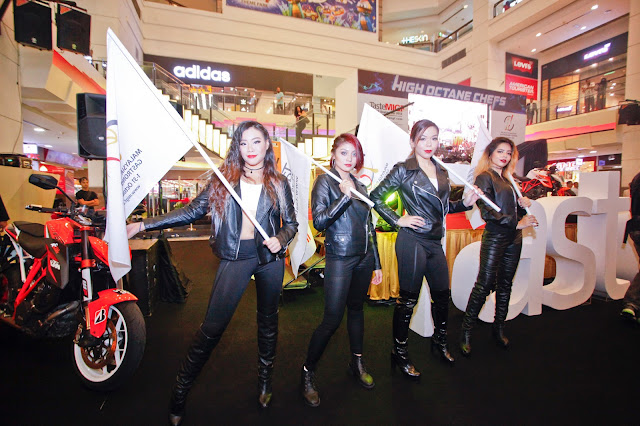 As guests resumed their seats, leather-clad biker dancers took to the stage for a high-octane performance before superstar magician Dr Moudini wowed guests with a handful of mind-bending tricks. His grandest illusion of all he saved for last, as the spectacular motorcycles on stage were covered with a large black cloth. Quick as a flash, the sheet was pulled away to reveal Dato’ Steve and Tunku Naquiyuddin atop the bikes. 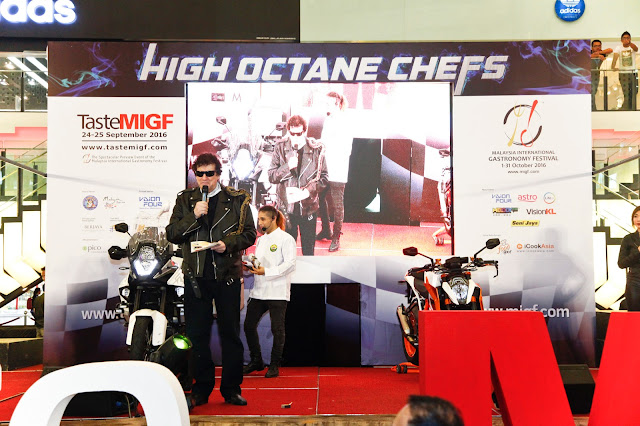 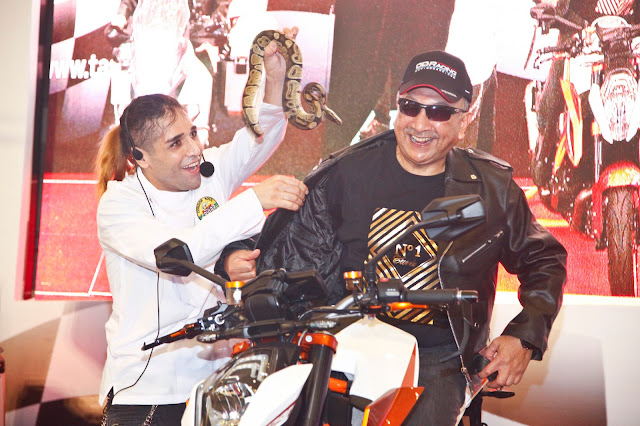 After revving their engines, Dato’ Steve took to the microphone to welcome the assembled crowd to this year’s Festival. The Organising Chairman beckoned in the new era of the Festival, in which ‘Gastronomy’ has replaced the word ‘Gourmet’ in the MIGF acronym. This change reflects the ever-changing landscape of Malaysia’s vibrant dining scene and gives rise to the most diverse lineup of restaurants in the Festival’s 15- year history. 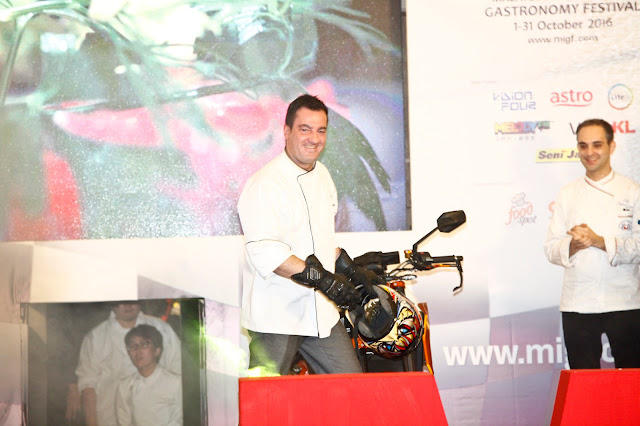 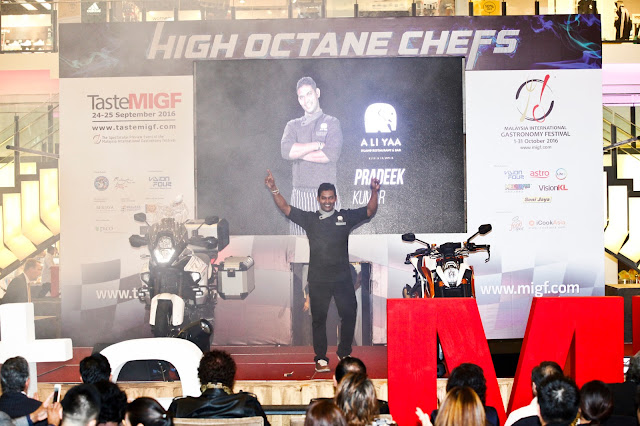 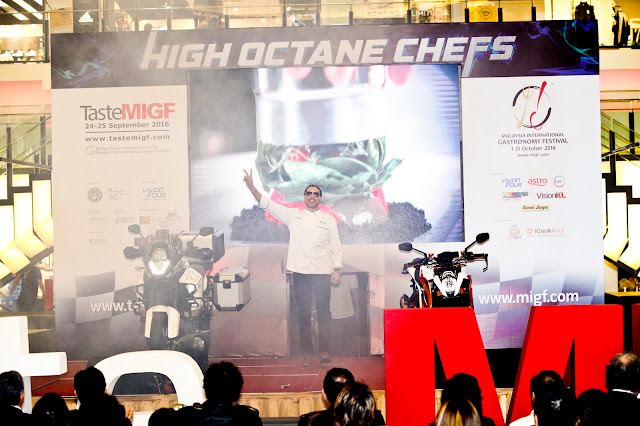 With that, the chefs from said restaurants burst onto the stage one-by-one to much applause from the assembled throng. Familiar faces stood alongside MIGF debutants as the public got its first glimpse of the men and women who will be cooking up a storm throughout the gastronomic extravaganza from 1st -31st October. 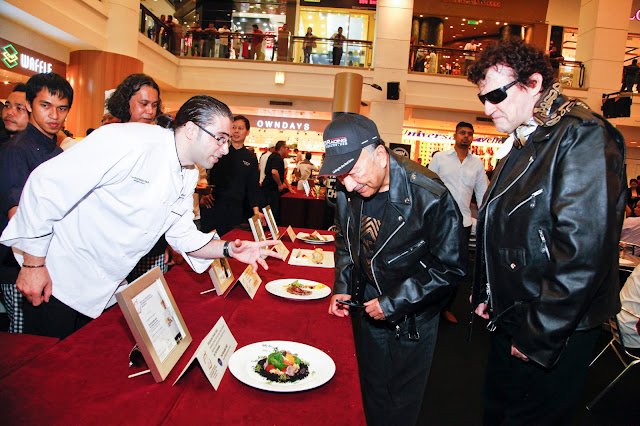 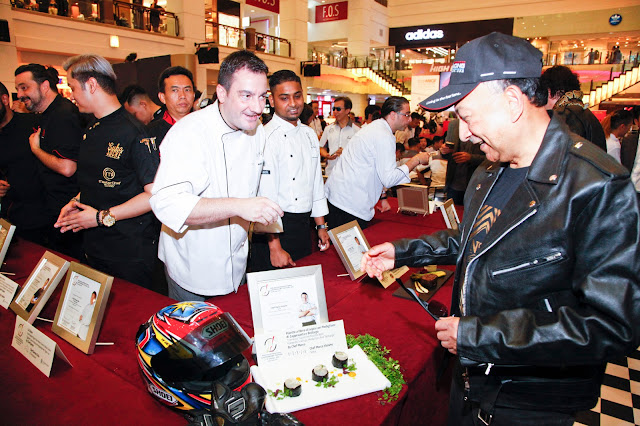 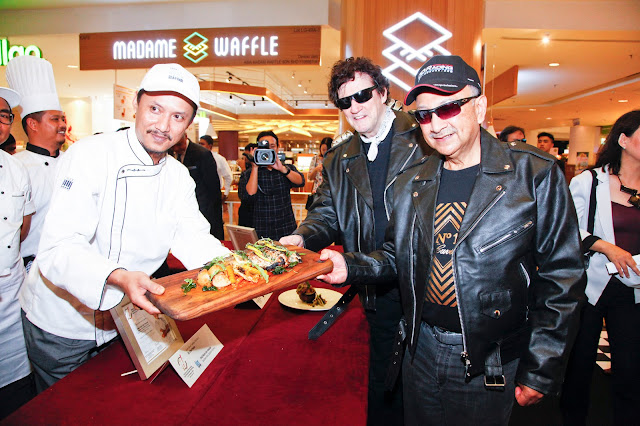 After several group shots, the chefs their way down to a specially-created area in which each restaurant showcased one dish from their Festival Menus. Tunku Naquiyuddin, Dato’ Steve and all of the guests made their way around the stations feasting their eyes on the mouth-watering dishes and whetting their appetites before this weekend’s culinary affair. 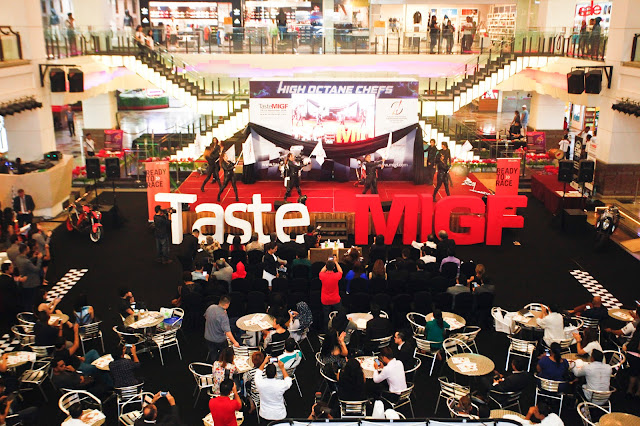 Taste MIGF, which will take place at Berjaya Times Square from 11am to 10pm on Saturday the 24th and Sunday 25th September 2016, will allow tourists and locals alike to sample food from all the festival restaurants as they gather together under one roof in a specially designed Theatre of Cuisines. 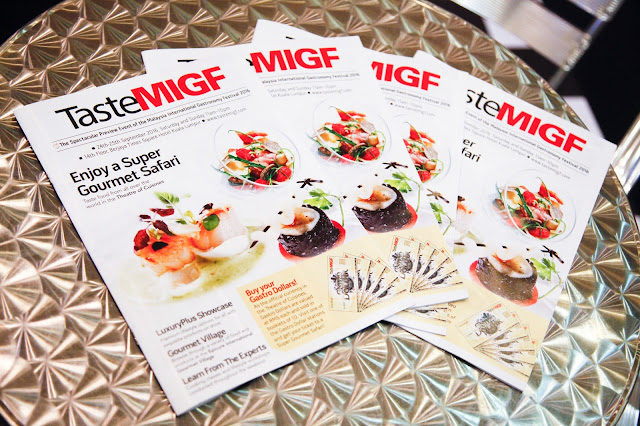 All they need to do is buy Gourmet Dollars at the venue on the day of the event or in advance at a discount at www.taste.migf.cpm. Taste MIGF will also feature a Gourmet Village and a range of Master Chef cooking classes, as well as a special cooking demonstration by 3 Michelin, starred chef Albert Au.

Posted by Auntie Lilly FollowMeToEatLa at 09:24