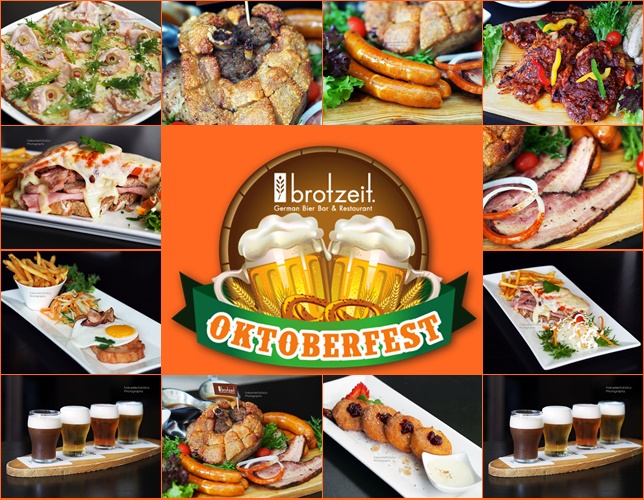 Had an enjoyable good night out with friends at Brotzeit's Official Oktoberfest 2016 Barrel Tapping Ceremony with delicious German dishes paired perfectly with famous Paulaner German beers at great prices to mark the start of Oktoberfest at Mid Valley this year. 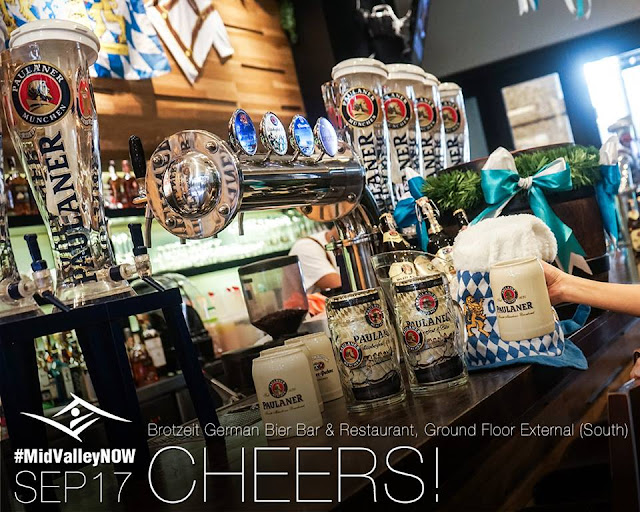 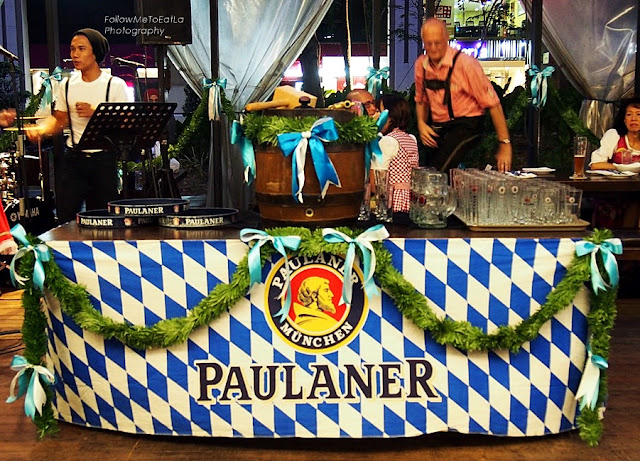 It’s that time of the year again when the familiar proclamation of O’zapft is! (“It is tapped!”) is heard loud and clear at Brotzeit German Bier Bar & Restaurant – Mid Valley on Saturday, 17th September 2016, around 7.30pm thereabouts about the same time the first Oktoberfest barrel is tapped by the Mayor of Munich! 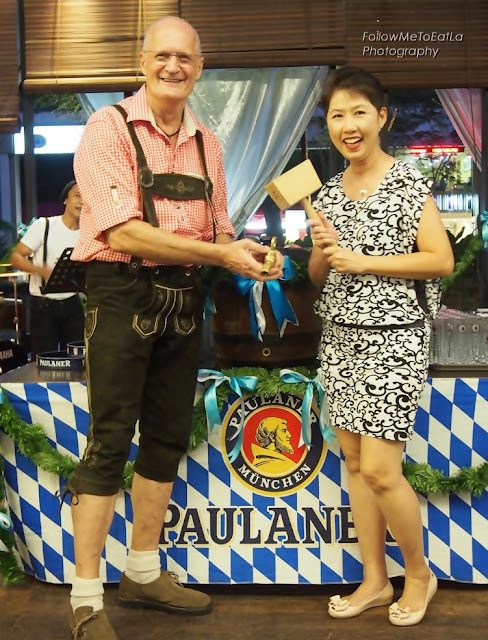 With Chef Helmut Posing For The Barrel Tapping Ceremony 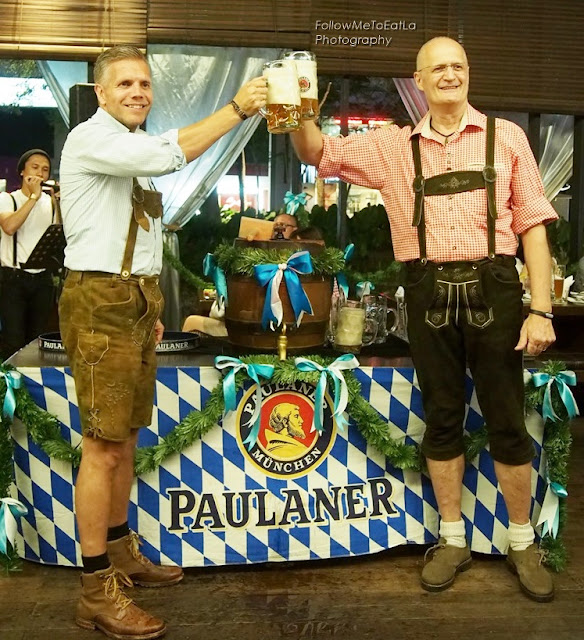 This symbolic and traditional tapping officially marks the commencement of the largest and most celebrated bier festival on the planet. It’s the go-ahead for Oktoberfest taps to be officially be turned on. 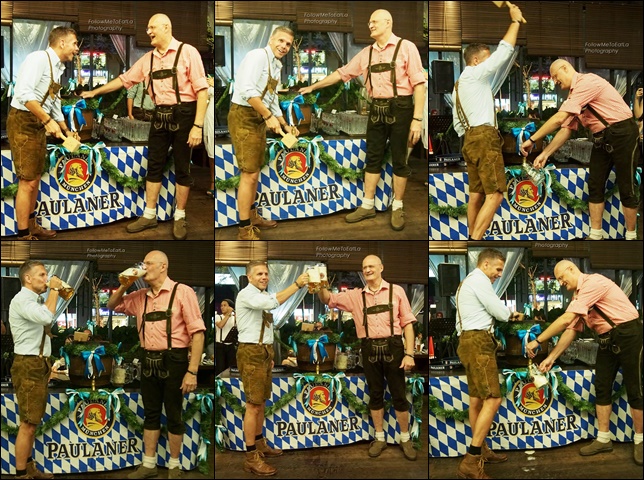 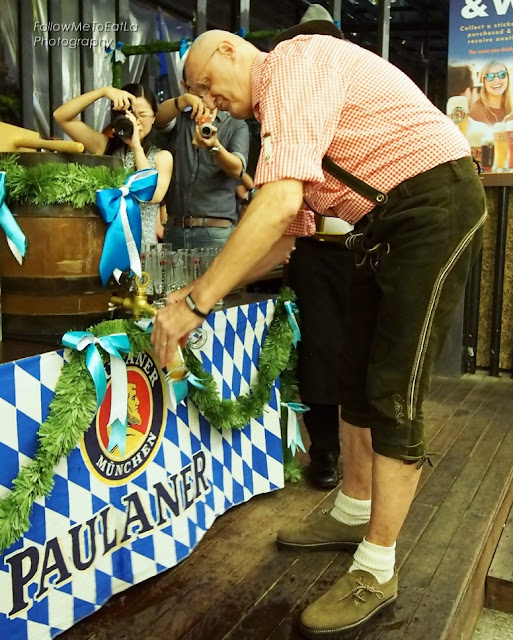 Brotzeit’s bier lovers will be one of the first to savour this year’s brew on tap from the breweries of Paulaner and Hacker Pschorr - two of the six allowed to officially brew Oktoberfest bier. Complement this with authentic modern German cuisine prepared by Brotzeit’s native Bavarian Chef, Helmut, you would be in good stead for a celebration to remember! 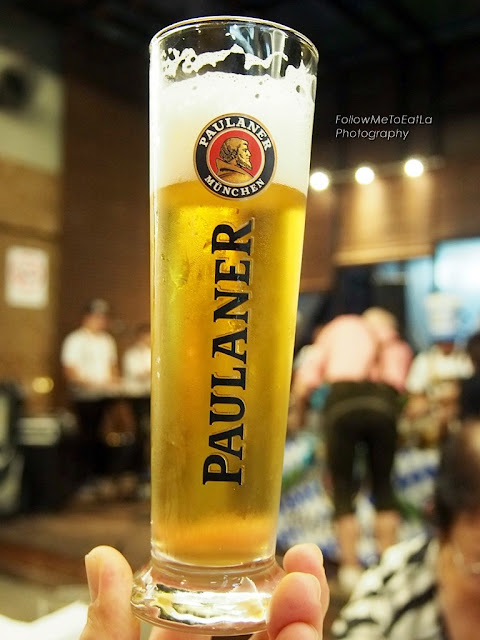 Oktoberfest traditions date back to 1810 to the fairytale royal wedding of Crown Prince Ludwig to Princess Therese, where for the first time the local community was invited. With the free flow of bier and abundant food, the celebrations went on for 5 days. So much fun they had, that it was repeated year after year, each year on a grander scale than the last, to what has today become Munich’s famed Oktoberfest – often coined, “The Biggest Bier Party In The World”! 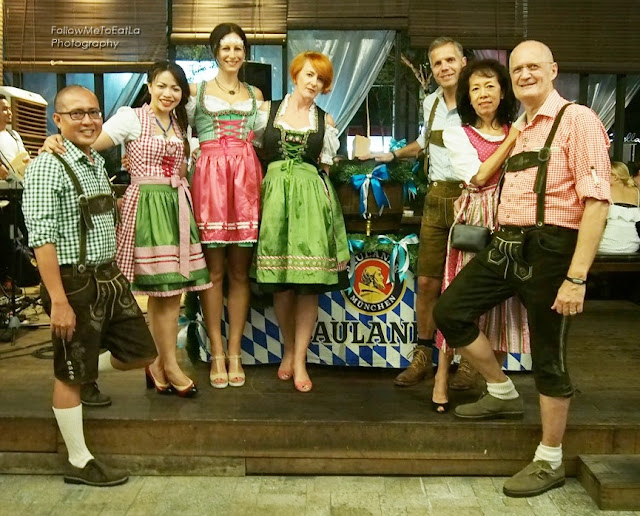 Celebratory dates have been scheduled for 7th and 8th October 2016 at Brotzeit @ Mid Valley, ensuring two evenings of pure Munich style fun and revelry. All the way from Germany, the fabulous Paulaner Musikanten will most certainly bring the spirit of Oktoberfest’s music, song, dance and merrymaking to Kuala Lumpur. 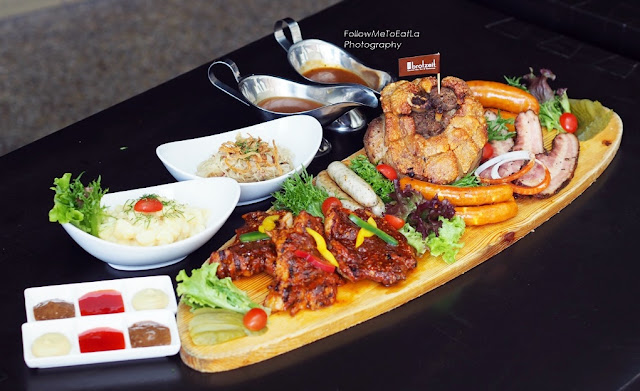 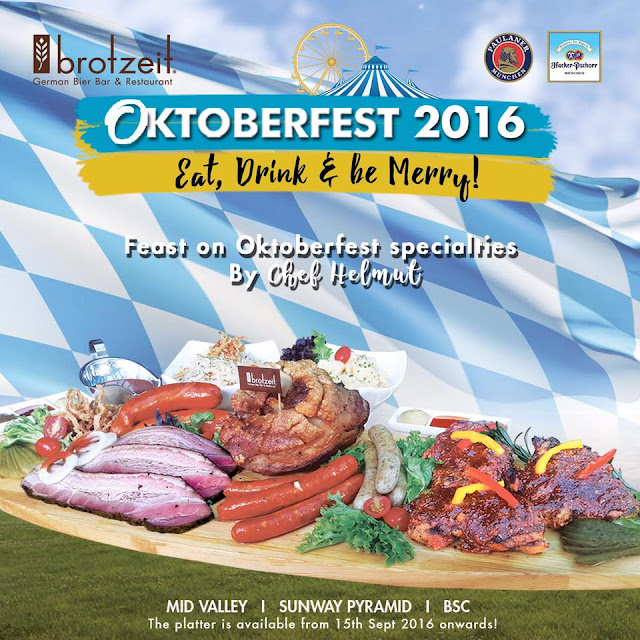 Reservations are by way of pre-purchased tickets priced at RM 60(inclusive GST) includes a pint of Oktoberfest bier and a night of non-stop entertainment.

Celebrations will continue with barrel tapping evening as well at Brotzeit BSC, on 24th September and at Sunway Pyramid on 1st October 2016. Don’t miss out on Oktoberfest fun and games throughout the month of October.

Posted by Auntie Lilly FollowMeToEatLa at 02:01