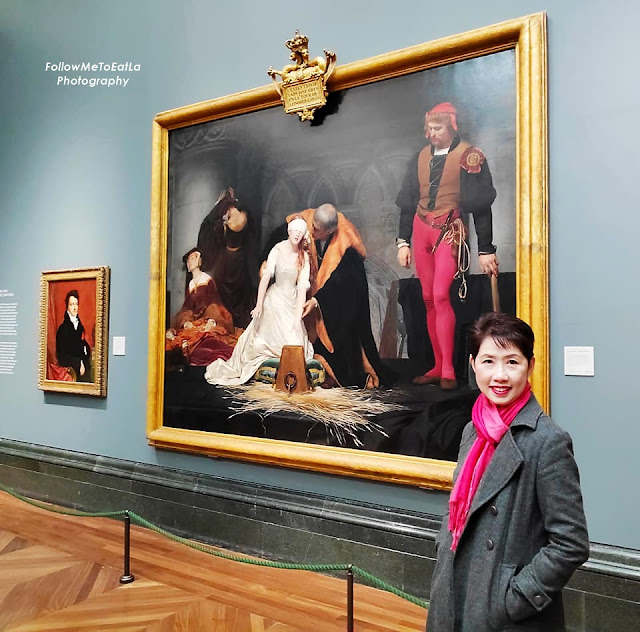 An eye-opening experience visiting the National Gallery in London. Founded in 1824, it's one of the largest galleries in Europe that holds a stunning collection of artwork and sculpture. So full of paintings, over 3,200 of them at the last count dating from the mid-13th century to 1990 and I believe it would take months to properly appreciate each of them. Most visited museums in the world, visitors enjoy free entrance 361 days a year. Read on ... 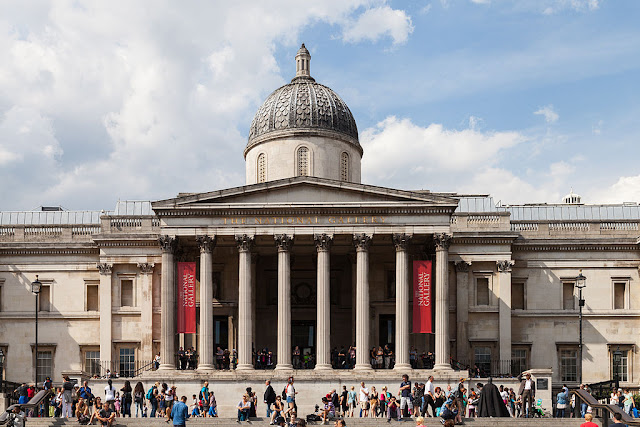 Sharing one of the paintings that caught my eye - "The Execution Of Lady Jane Grey, 1833 by Paul Delaroche". Lady Jane Grey was Queen of England for just 9 days and sent to the Tower of London to be executed. 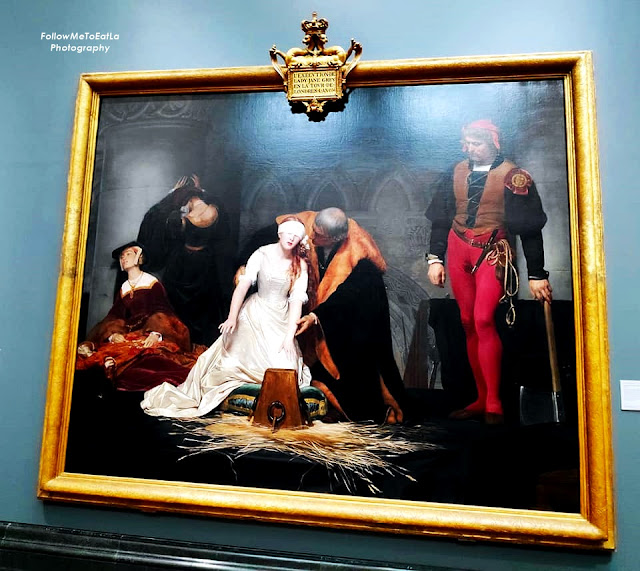 The Execution Of Lady Jane Grey, 1833 by Paul Delaroche 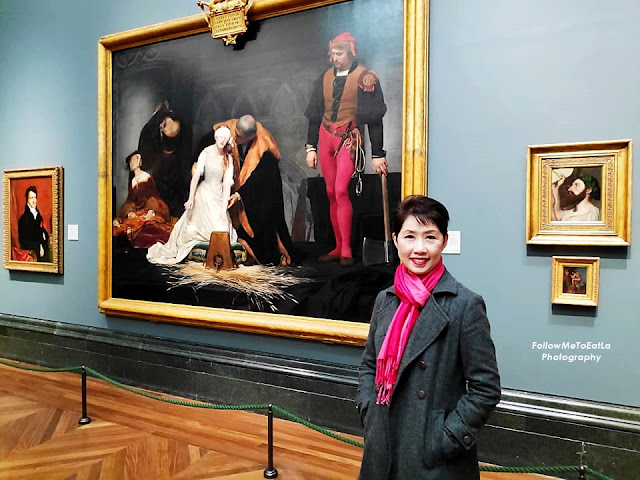 She was executed at Tower Green on 12 Feb 1554 when she was just 16 years old. In this painting, she's guided towards the execution block by Sir John Brydges, Lieutenant of the Tower. The painting was exhibited in Paris in 1834 where it caused a sensation! 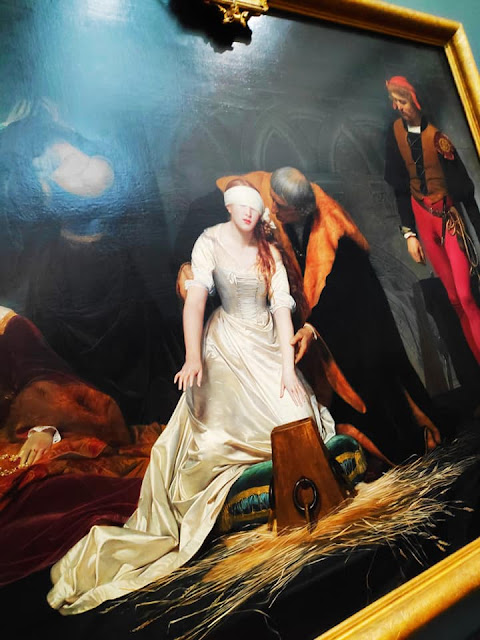 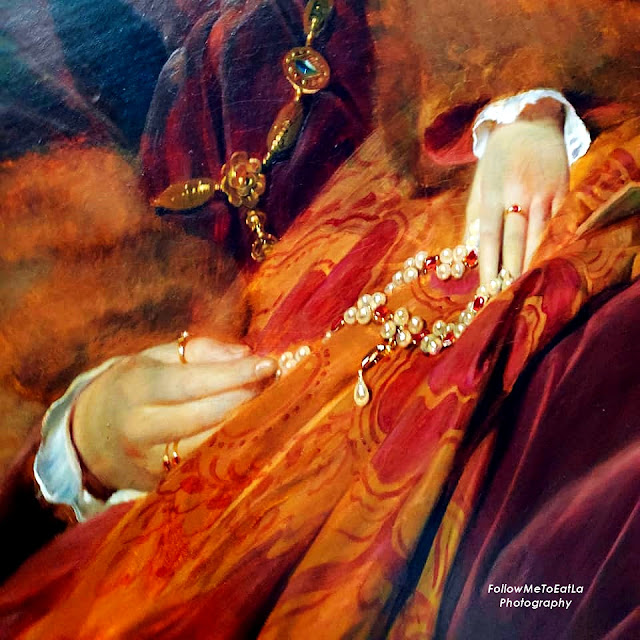 I was fascinated by the story, by the realism of it, and to this day it still emerged as one of the favourite paintings in the National Gallery. Location in Gallery: Room 45. 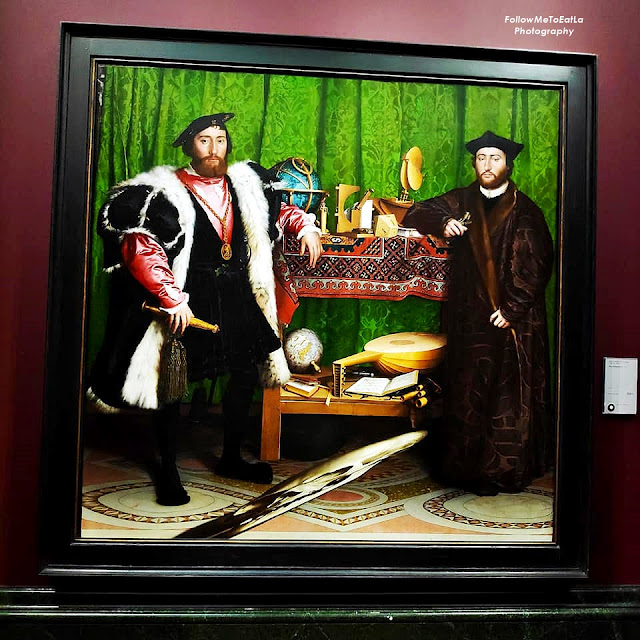 The Ambassadors, 1533 by Hans Holbein 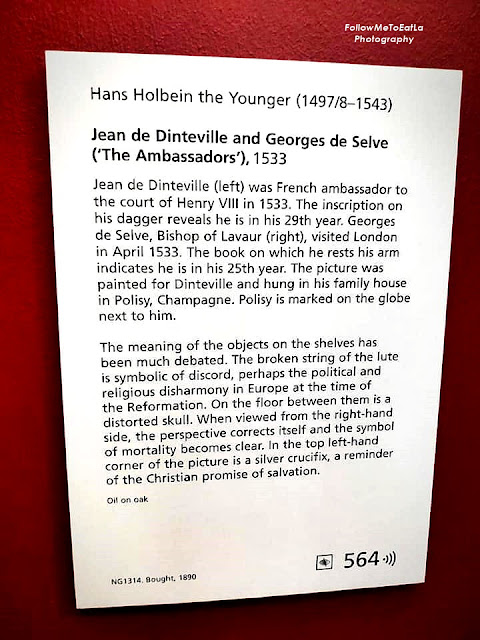 Next, there's "The Ambassadors, 1533 by Hans Holbein". Holbein was famous in the 16th century as one of the best Renaissance portraitists, thus becoming the King's Painter in 1535. 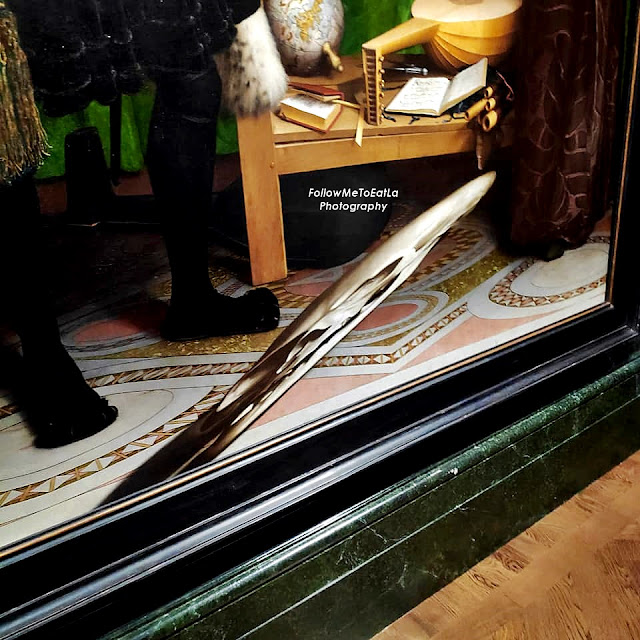 The Distorted Image Of A Skull 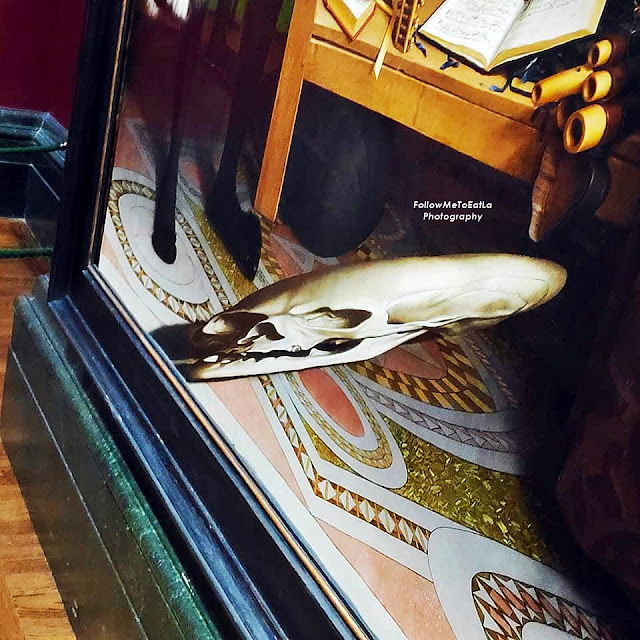 This painting memorialises two wealthy, educated and powerful young men. Also in this painting, his talents are evident with an example of anamorphosis - in which a distorted image of a skull at the bottom of the page can be viewed when seen from one side. Location in Gallery: Room 4. 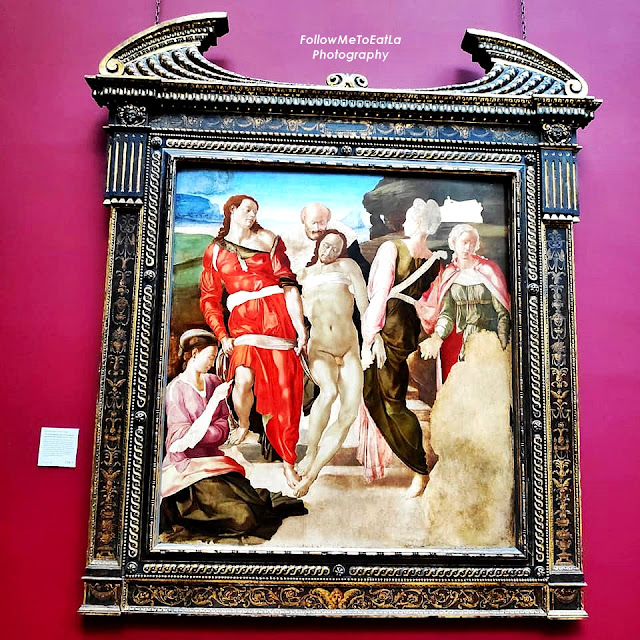 The Entombment, 1500-1 By Michelangelo 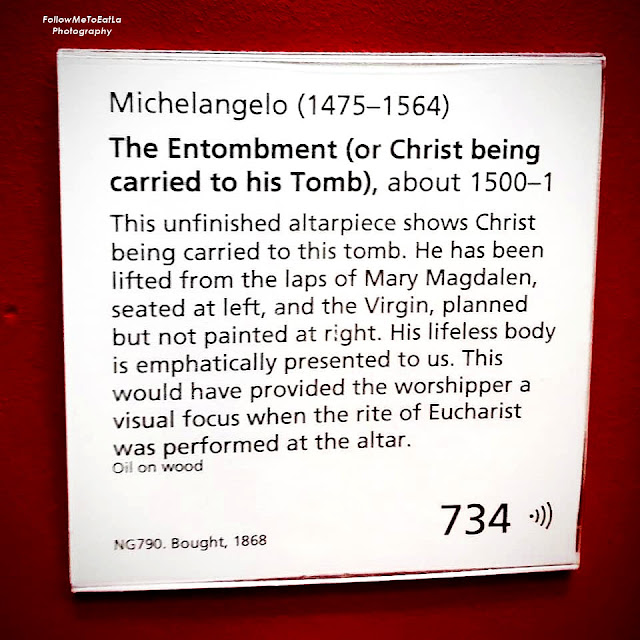 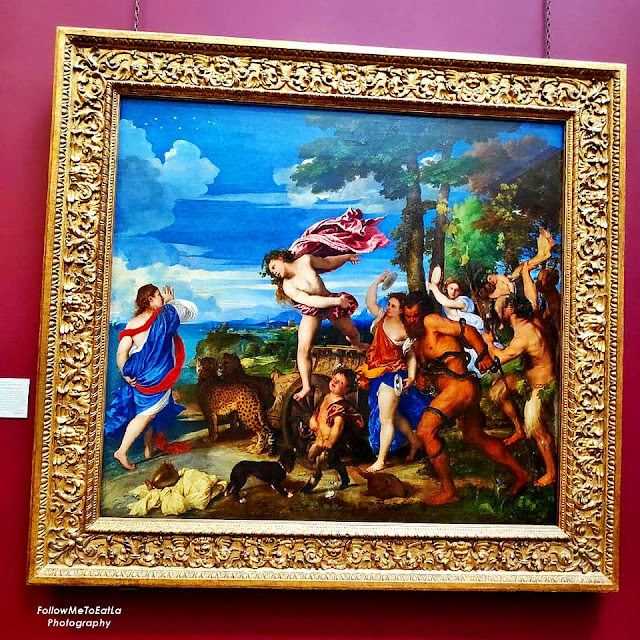 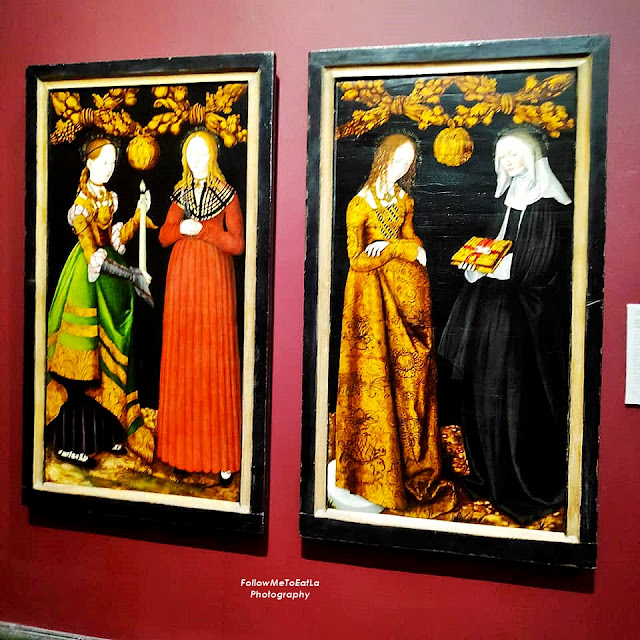 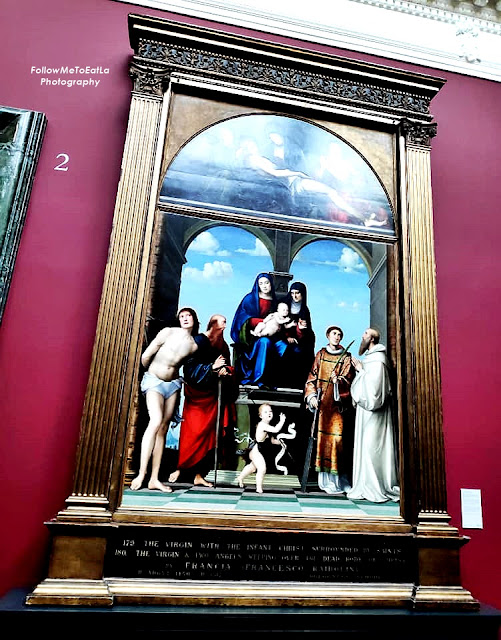 By Train
The nearest station is Charing Cross, which is a three-minute walk away.

Posted by Auntie Lilly FollowMeToEatLa at 12:45