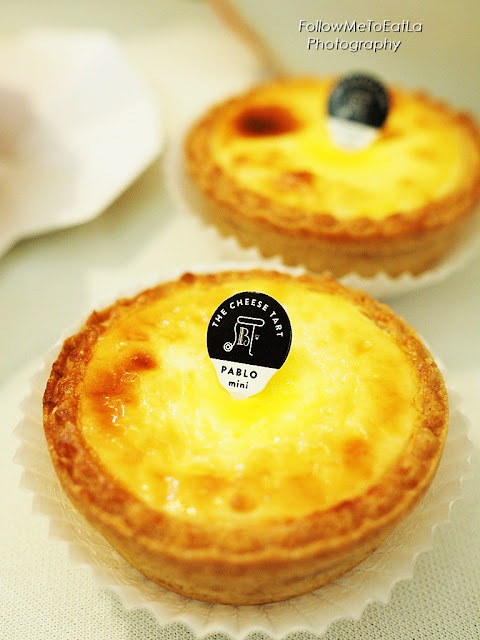 Cheese tart has been all the rage in Malaysia recently. With all the outlets popping up like mushrooms and selling like hotcakes, there is another brand who have just joined the line. Pablo is no foreign name, it is an established brand of its own all the way from Japan. In fact, many of my friends have already mentioned the name to me, at least once or twice previously. 💓💓💓 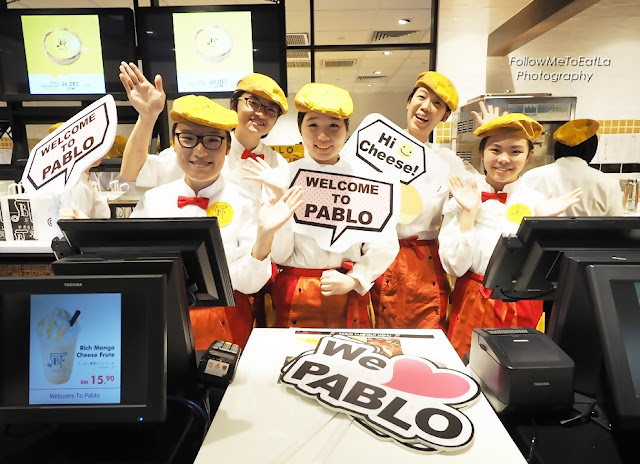 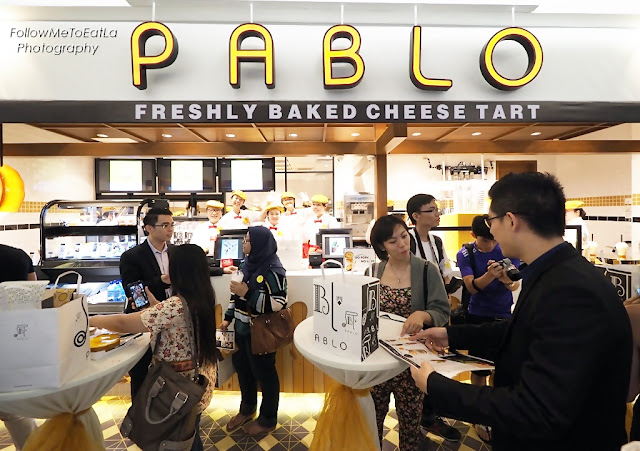 Hearing the news that they've just landed in Malaysia gets me excited! Well, as a matter of fact, cheese tarts are heavenly comfort food which can brighten up anyone's day. Pablo is famous for their giant cheese tart which has been the talk of the town ever since they arrived here last weekend. 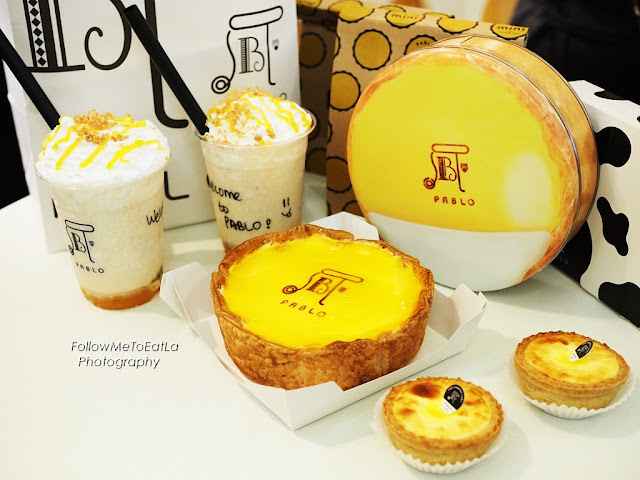 Here's the whole collection of items which we got to try out during the opening launch last weekend. This covers mostly the products which are available in Pablo. 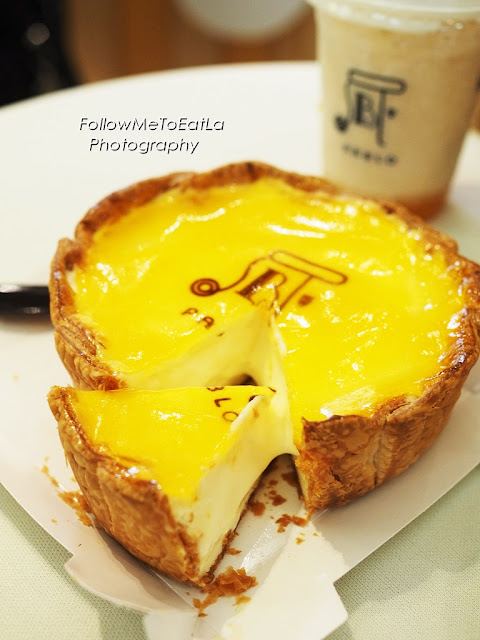 The creaminess of the soft cream cheese is absolutely delectable! It isn't gooey in texture, neither is it too watery like a lava. For me, it was just a nice, spongy and fluffy consistency with the flaky pastry on the outside. The top layer was smooth like gelatin and had their signature logo on it.

You can slice the tart into 5 pieces if you cut similarly as shown in the photo above. What I liked most about this tart is, despite how gigantic it looks, it isn't actually filling at all. In fact, its light and not too cheesy, so you can have it even after a heavy meal! 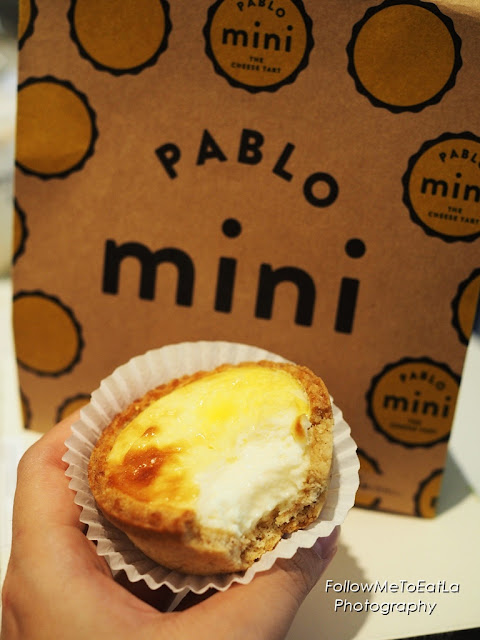 Out of all the cheese tarts I've tried previously, this one really gave me the satisfaction a cheese tart should provide. The Mini tarts are baked and air flown all the way from Japan. They just reheat the frozen tarts when they arrive in Malaysia.

The texture of the cheese filling is similar to what a paste would be like, which is easier to consume in my opinion. One thing I don't fancy about cheese tarts is that some other brands make them too liquid like and it gets really messy when you try to bite into it.

Pablo Mini is perfect, their tarts are very consumer friendly, I would say. You don't need to worry that it might drip all over your outfit or smudge your lipstick :) 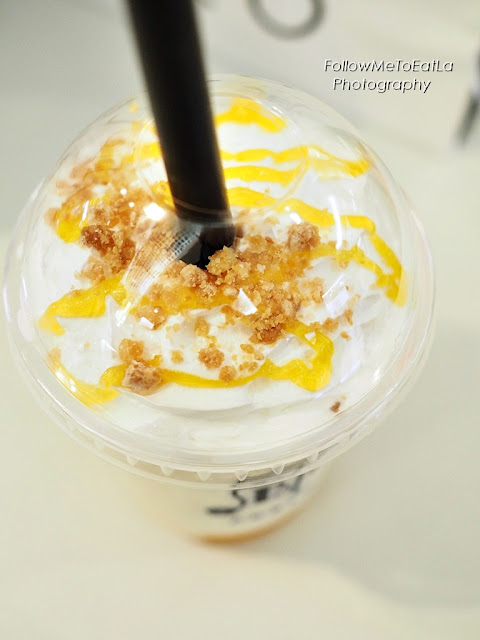 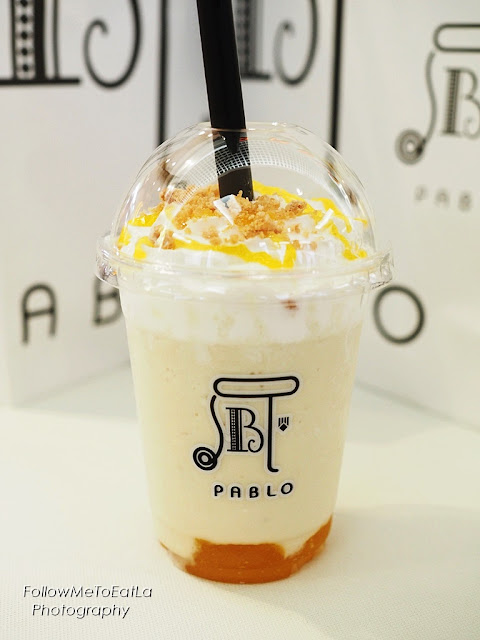 
Fancy drinking your cheese tarts? Pablo invented the first cheese tart drink and I'm so happy to be one of the first to try it out. The thought of drinking cheese was rather peculiar initially, but after taking a sip, I guarantee you can't stop.

The taste was a little bit like a banana shake with cream. It was sourish but refreshing at the same time. Your taste buds are in for a good treat! 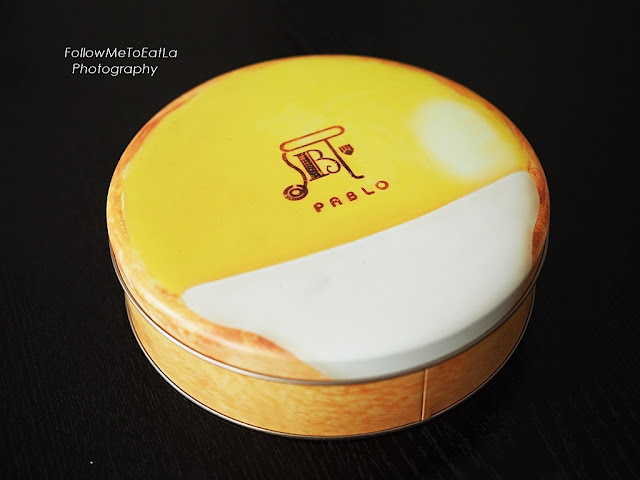 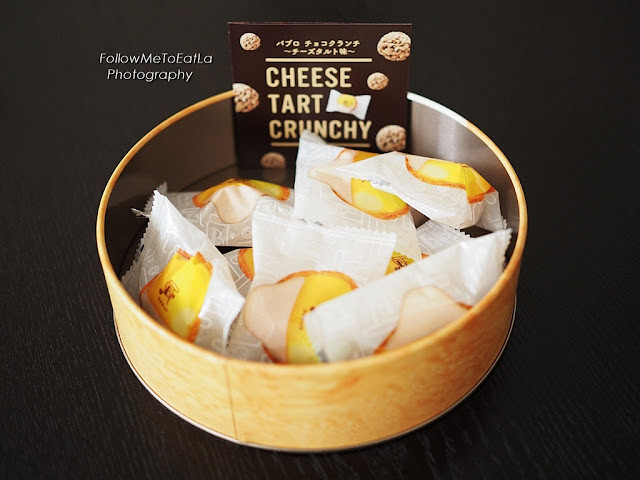 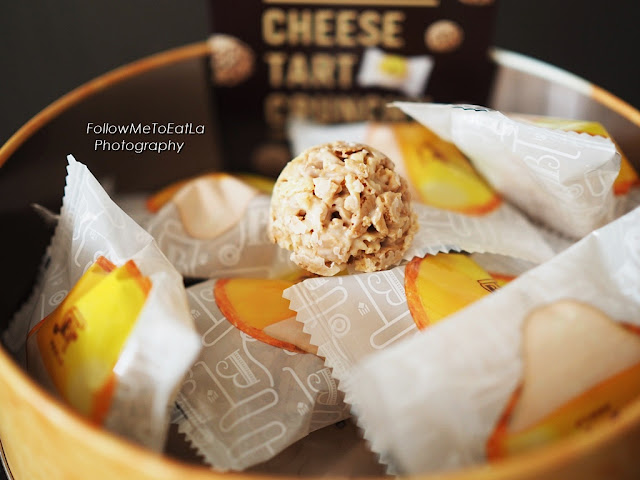 These crunchy cheese tart snacks come in 12 pieces in each box. To me, this is pretty much similar to muesli, except that this wasn't as gooey as those muesli bars. 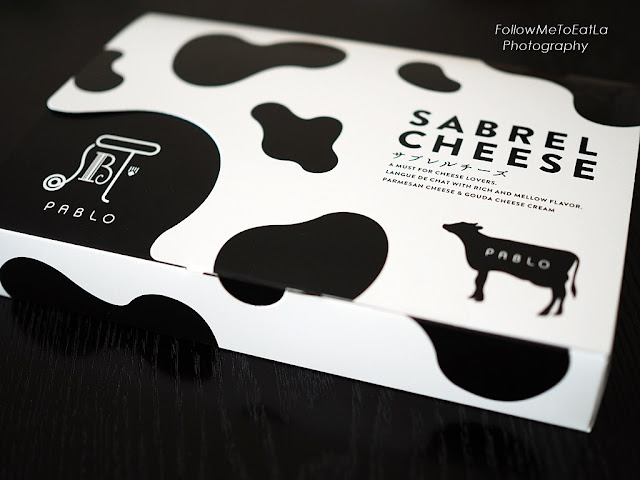 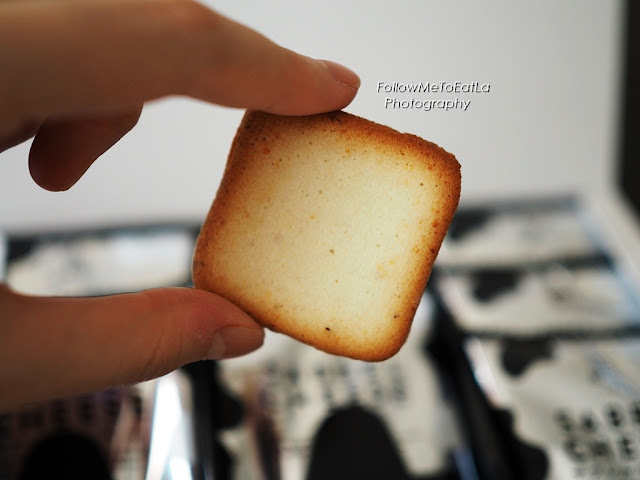 
This biscuit is known as sabrel and its a famous product in Japan. If you ever visit Japan, this is a souvenir you will definitely have to purchase to complete your trip. Pablo now makes them in different flavours, but with cheese as its main focus of course.

They have it in white (parmesan cheese & Gouda cheese cream), black (black truffle and cheese) and green (Matcha and cream cheese).

Check out Pablo today at their outlet in 1 Utama or head to their social media for the latest info about some cheesy goodness!

Posted by Auntie Lilly FollowMeToEatLa at 10:32