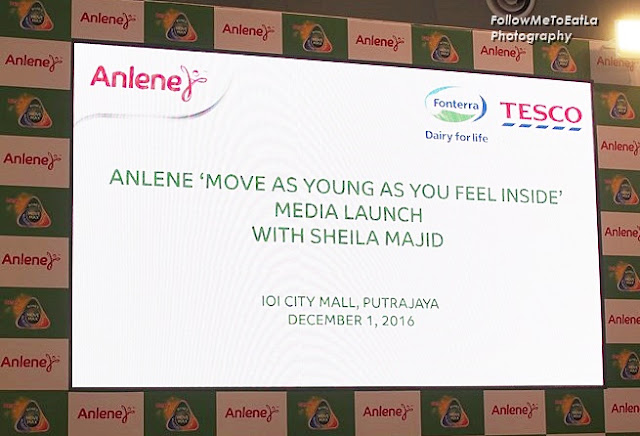 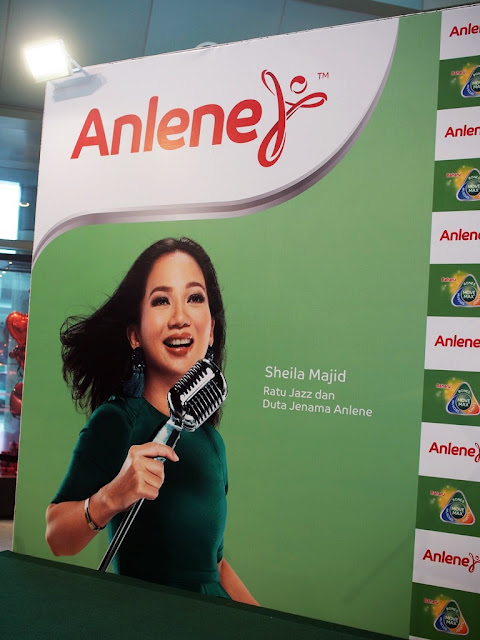 Hi guys! Today I'm excited to attend the Anlene 'MOVE AS YOUNG AS YOU FEEL INSIDE' Sinaran Media Launch with Sheila Majid at IOI Mall, Putrajaya with my fellow media friends. We are all here to meet Shelia Majid, our famous Malaysian Jazz Queen, female pop singer who is best known for her 1986 best song, 'Sinaran' performing with her daughter, Kayda Aziz, an upcoming artiste for the first time on stage her new remake popular hit 'Sinaran'. 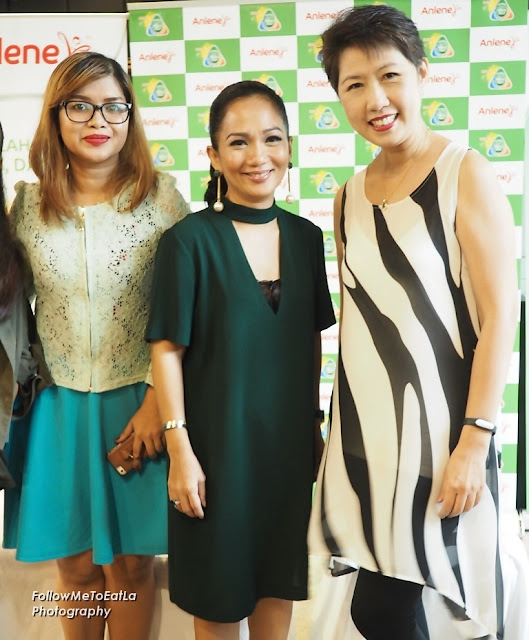 I was truly inspired by the talk given by Sheila Majid, an evergreen singing icon for more than 2 decades as she led us on her exciting story and sharing on how she stay active and young while caring for her four children and leading a singing career for the last 20 years. 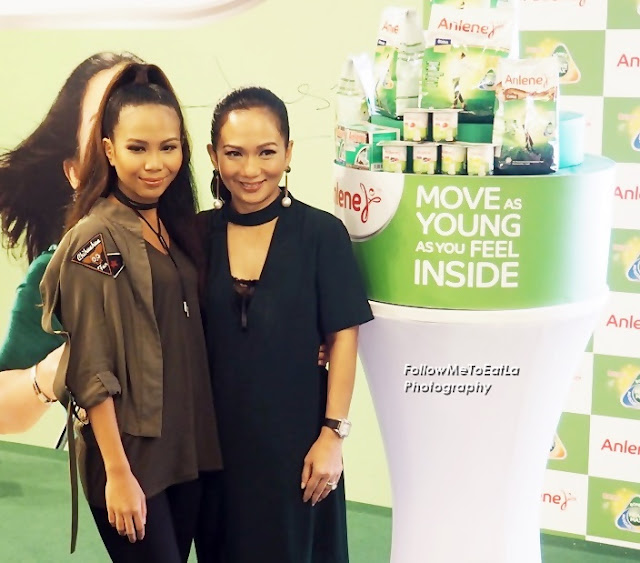 Anlene, the well-known fortified dairy brand today launched the new remake of popular hit ‘Sinaran’ in partnership with Sheila Majid as an extension of its ‘Move As Young As You Feel Inside’ campaign. Powered by the new formulation Anlene MoveMax™, which includes added ingredients like collagen in addition to Calcium, Protein and a unique bundle of nutrients to help care for your bones, joints and muscles to support the overall movement. 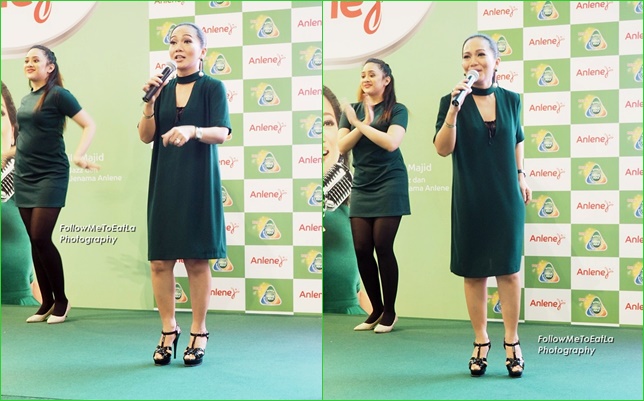 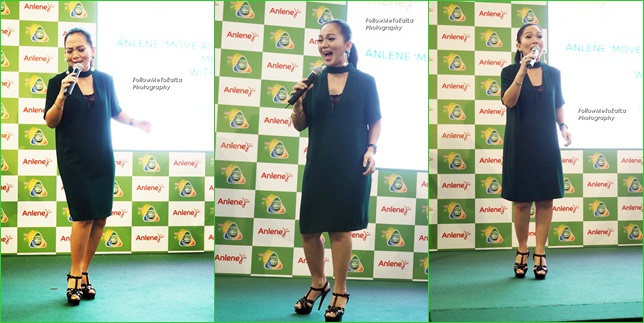 The campaign was taken up a notch with the launch of the more upbeat, funk pop version of Sheila’s hit to celebrate the joys of moving young, regardless of age. The Anlene ‘Move Young’ Campaign was launched earlier in the year to encourage people to combine movement with good nutrition to maintain a healthy, active lifestyle. 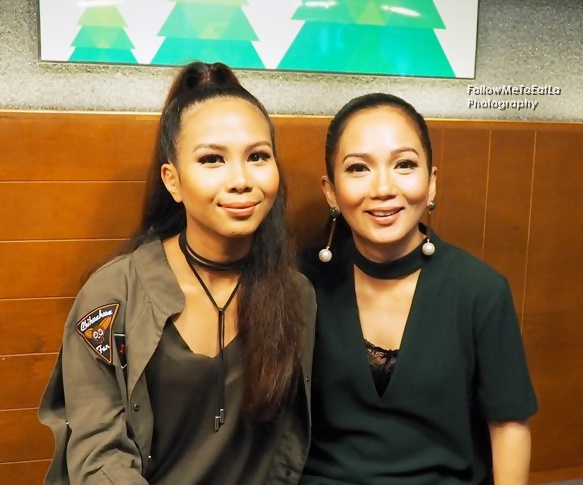 As part of the ‘Move Young’ campaign, Anlene has appointed Sheila Majid as the role model to inspire Malaysians to make movement an important part of their lives. Now in her 50s, Sheila proved she still has the moves with the more energetic, funk-pop version of Sinaran which features a cameo rap by her daughter, Kayda, an upcoming artiste. 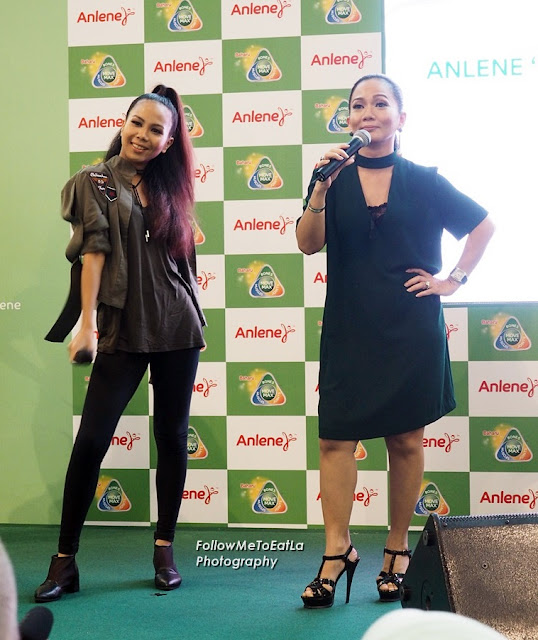 Performing On Stage With Her Daughter Kayda

“This year marks my 30 years in performance which makes the relaunch of Sinaran all the more meaningful. Through this campaign I hope to use my influence and inspire more people to stay young at heart as well as physically, to keep moving and live their lives to the fullest,” Sheila said at the launch of her song. She added that she has made Anlene an important part of her life as it helps to fulfil her nutritional needs for an active lifestyle.

As a performer, Sheila believes in taking care of herself with a well-balanced diet and keeps fit for stamina. She enjoys Anlene as it is delicious, refuels her body and provides her with the important nutrients that help cares for her bones, joints & muscles.

Sheila Majid will never let anything stop her from moving as young as she feels inside. Watch her groove to the latest Sinaran Remix with her daughter, Kayda Aziz and find out her secrets to keep moving. 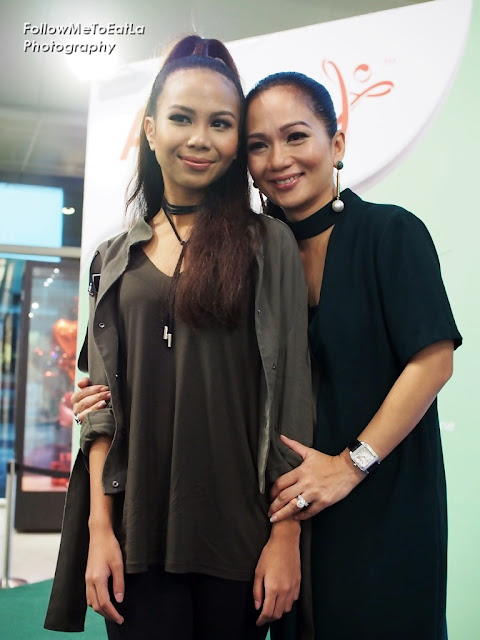 Anlene and Sheila released the song and music video which will be pushed digitally and supported by TVCs and a list of on-ground activities to inspire more people to get into the movement. The video and TVCs will harness the power of music to make emotional connections with consumers to overcome inhibitions and embrace their youthfulness. 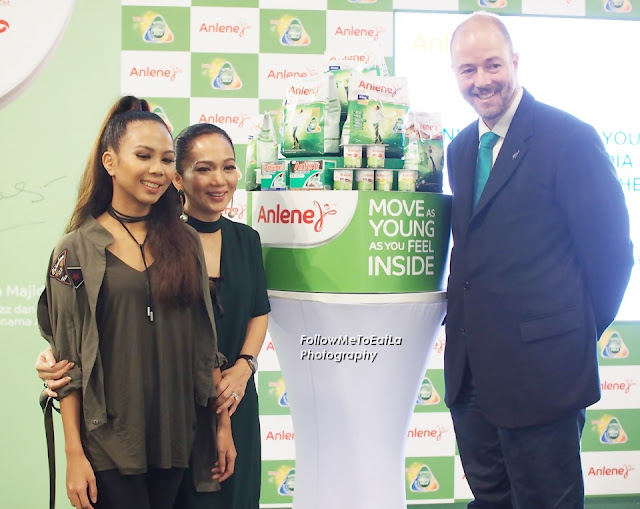 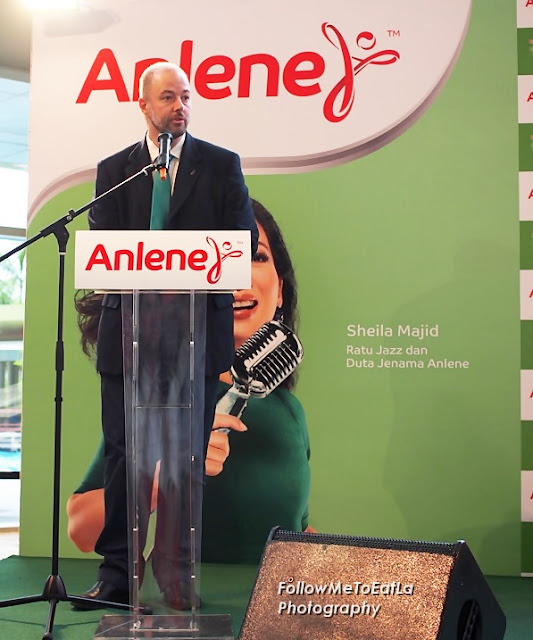 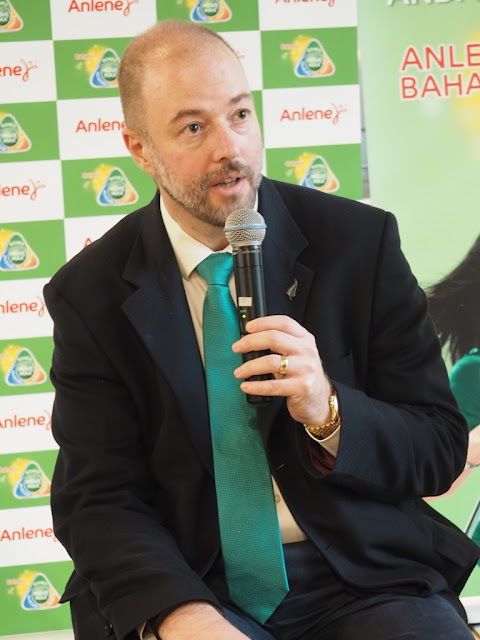 “With the remake of Sinaran we hope to excite and inspire more Malaysians to embrace their youthfulness with movement. Sheila is an inspiration to many as she lives an active lifestyle and believes in taking care of herself and her family with the right nutrition such as Anlene,” said Mr. Jose Miguel Porraz Lando, Managing Director of Fonterra Brands Malaysia, the dairy company that produces Anlene. 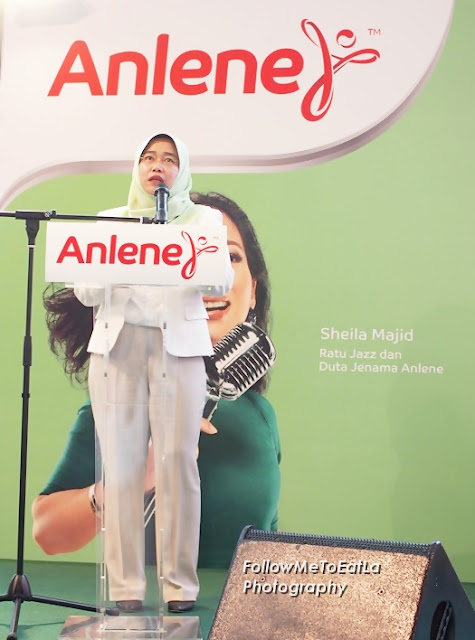 According to Pn Megawati Suzari, Director of New Product Development, Science and Regulatory Affairs, a movement is as critical to maintaining our overall health & quality of life and to maintain good movement, we need to have proper exercise with the right nutrition. 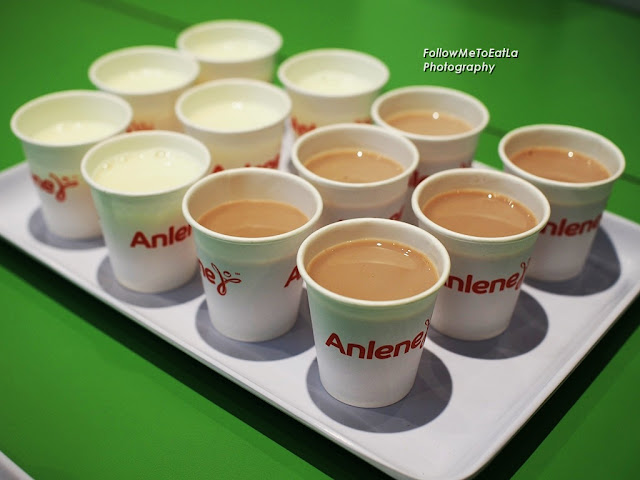 “Movement is an integral part of keeping the bones, joints and muscles healthy. And giving the right nutrition is important to support our overall movement. This is the reason we have enhanced our Anlene formula: apart from added calcium for bones, we have also included collagen, and protein to support your overall movement,” she said. 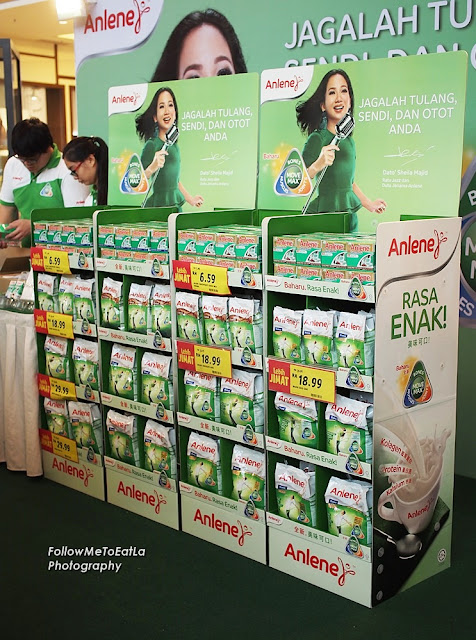 The new Anlene formulation with MoveMax™ contains a unique bundle of nutrients including the newly added collagen and other nutrients such as calcium, protein, magnesium, zinc and vitamins B6, B12, C, D & E that work together to help care for your bones, joints and muscles. It was created to support the overall movement. 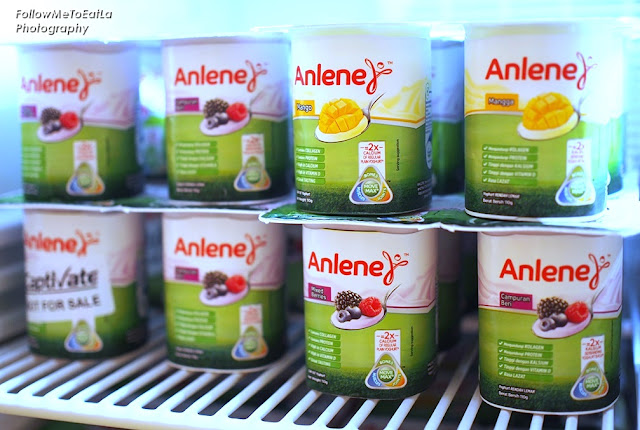 Anlene products can be found in all leading supermarkets, nationwide. From powdered milk to yoghurt, consumers can easily purchase and enjoy the new Anlene with MoveMax™, which comes in two variants. The powdered form comes in plain and chocolate and is available in 1kg, 600g, and 175gpacks. Anlene Movemax™ Yoghurt is available in 4 delicious variants: plain, mango, strawberry, and mixed berries. 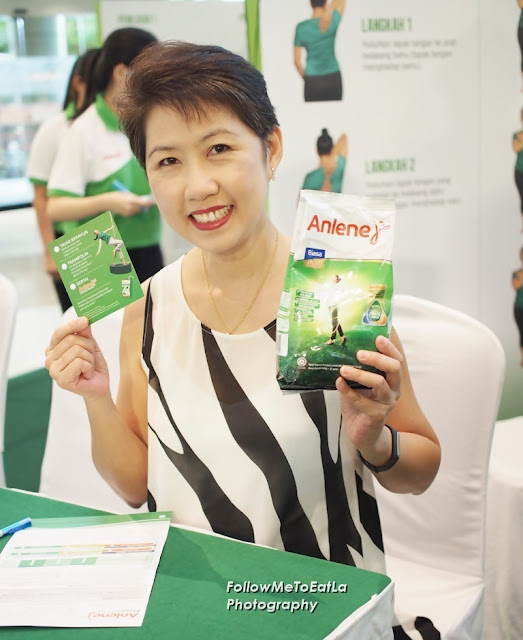 I have been drinking Anlene milk for as long as I can remember. I advocate healthy living - 'Eat Healthy, Live Well, Stay Positive & Be Happy Always'. The Anlene 'MOVE AS YOUNG AS YOU FEEL INSIDE' Campaign is to encourage more Malaysian to start moving. With the launch of their new Anlene Movemax™ , they have specially prepared experiential roadshow for consumer to get closer to Sheila while enjoying the unique promotions on Anlene Movemax™. 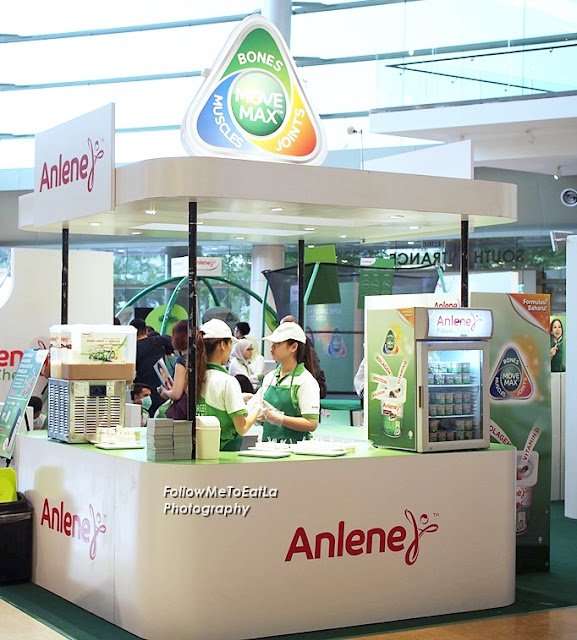 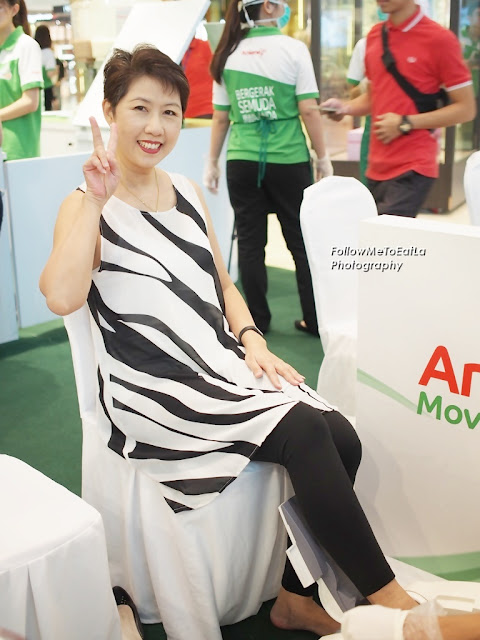 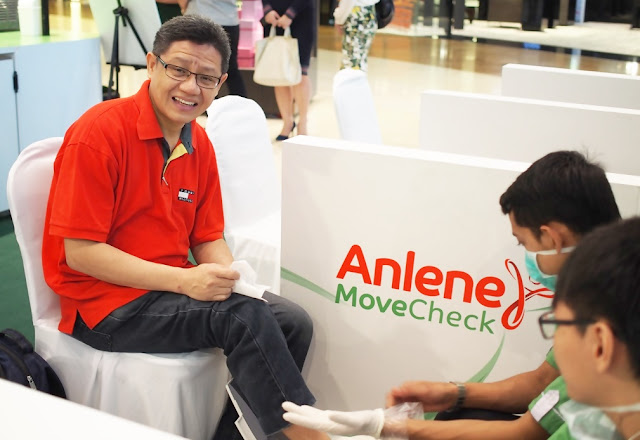 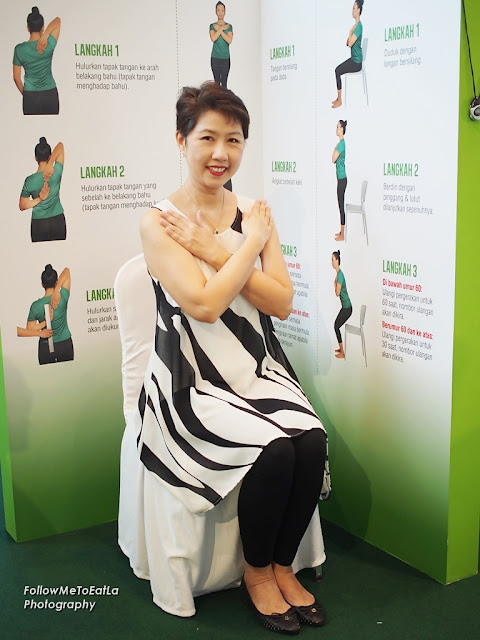 Get Started With The Anlene Move Young  - Mobility Assessment Station 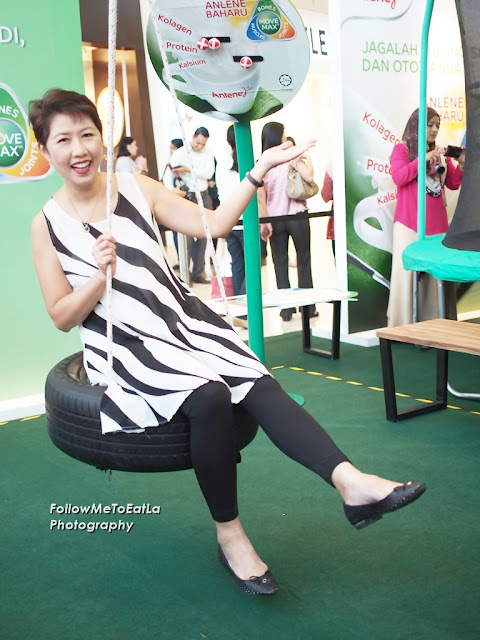 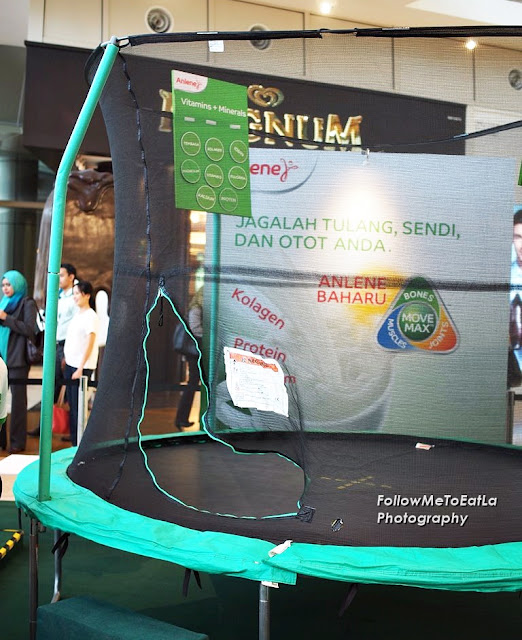 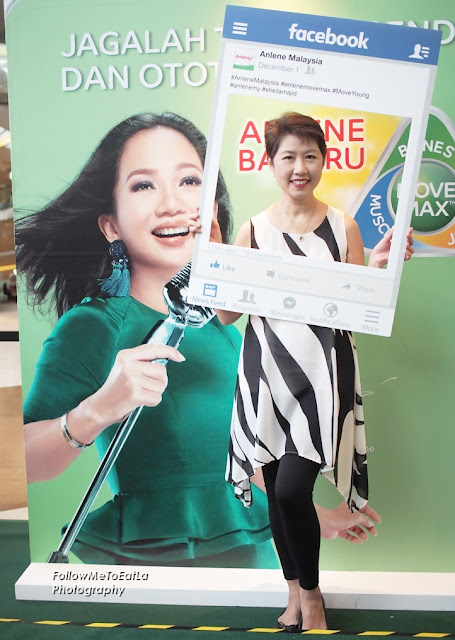 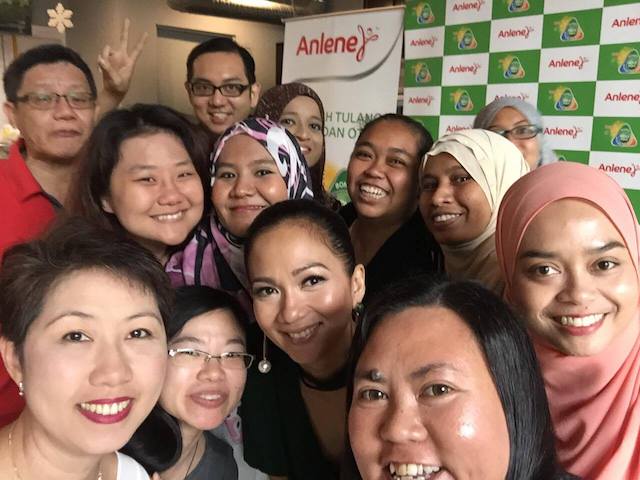 Look out for live updates via our Facebook Live & Follow Anlene Malaysia on Facebook for latest updates and roadshow schedules. Join them for the meet & greet session happening at  Anlene Move Young Roadshows. Be there to meet Sheila Majid and bring home an exclusive poster with her autograph.

For more information, please log on to www.anlene.com.my or facebook.com/AnleneMalaysia

Posted by Auntie Lilly FollowMeToEatLa at 14:50