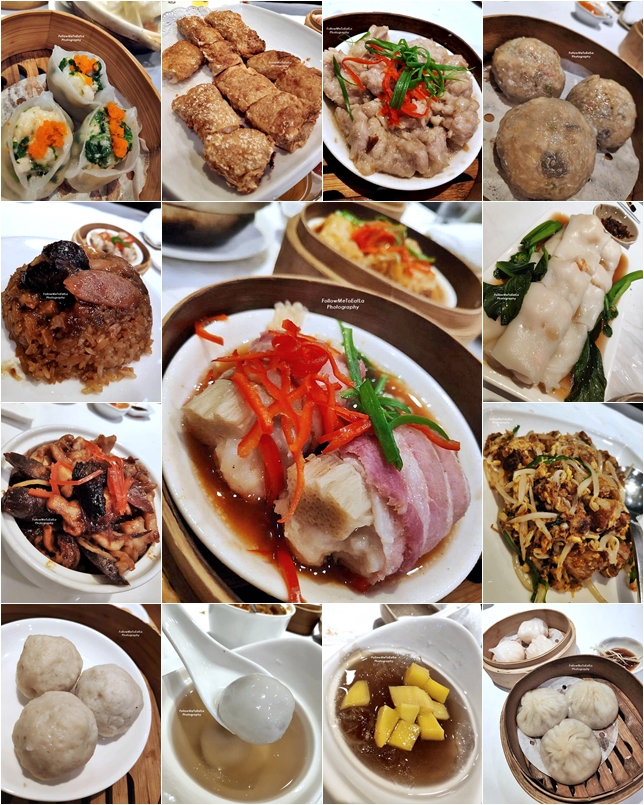 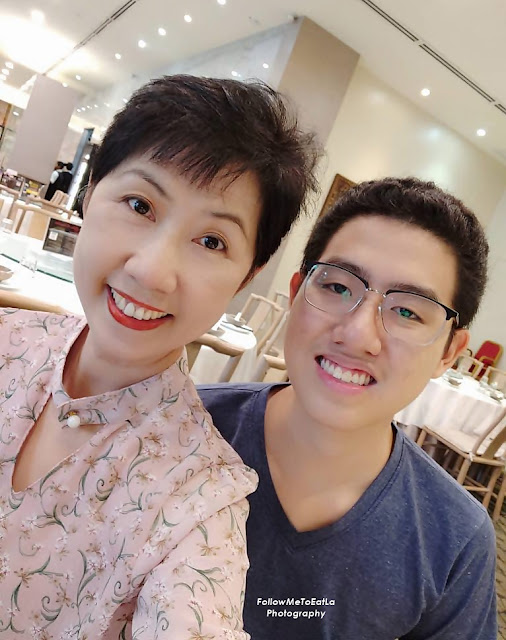 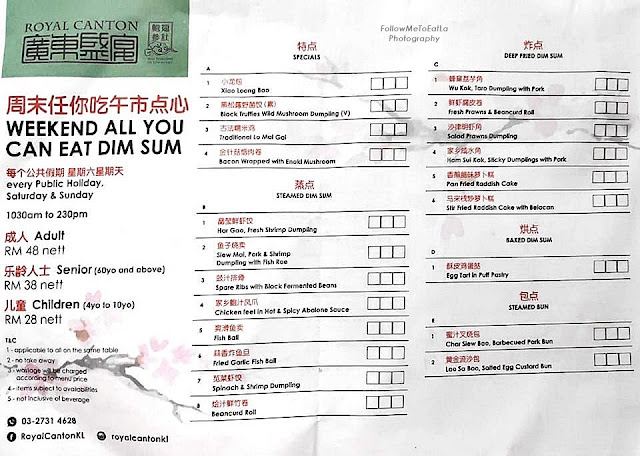 As Auntie Lilly is a great fan of dim sum, my family and I were one of the first few to dine on the first day of Royal Canton's dim sum promotion which is totally a great offer with value-for-money coming from this classic Chinese restaurant. 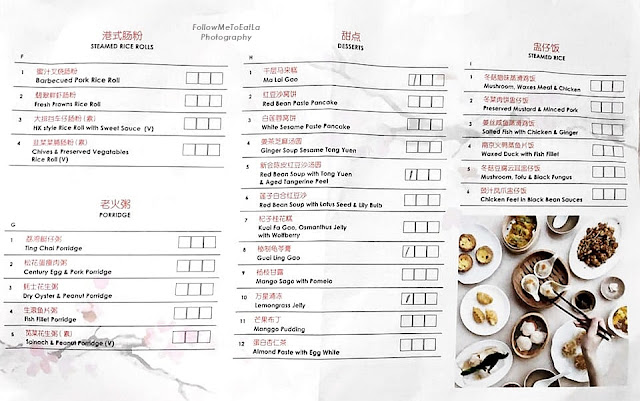 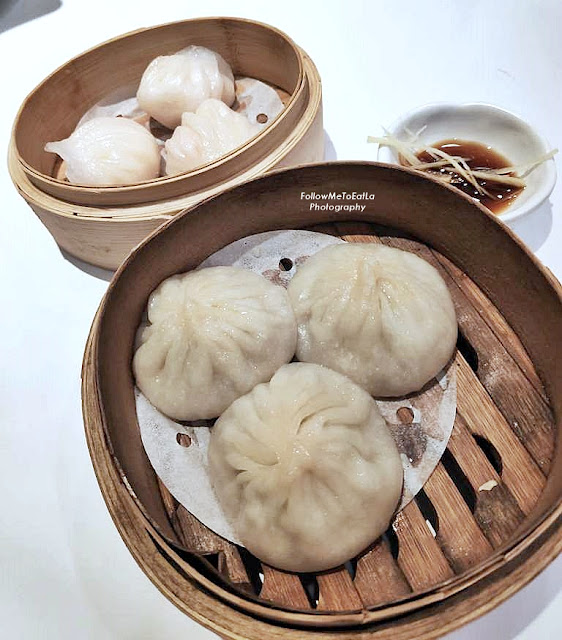 
Top in my list to order was, of course, their Xiao Loong Bao and Har Gao. Both dainty dim sum was really good with the Xiao Loong Bao that was steaming hot-filled with flavoursome soup within whilst the Har Gao came with crunchy fresh and succulent prawns wrapped in the translucent dumplings skin. 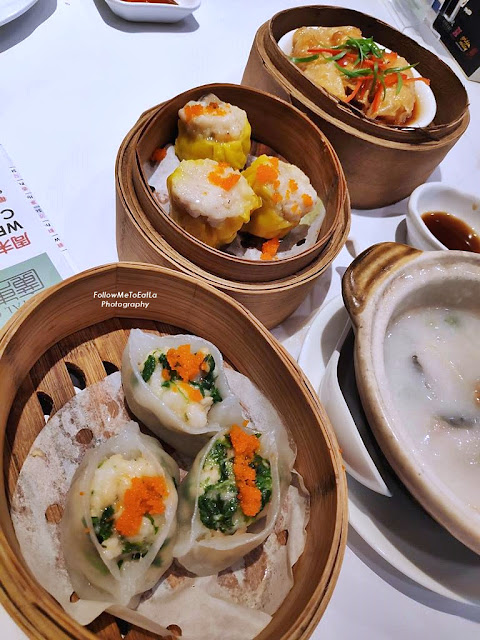 Spinach & Shrimp Dumplings, Siew Mai and Beancurd Roll were also some of the Must-Try at the steamed dim sum menu. 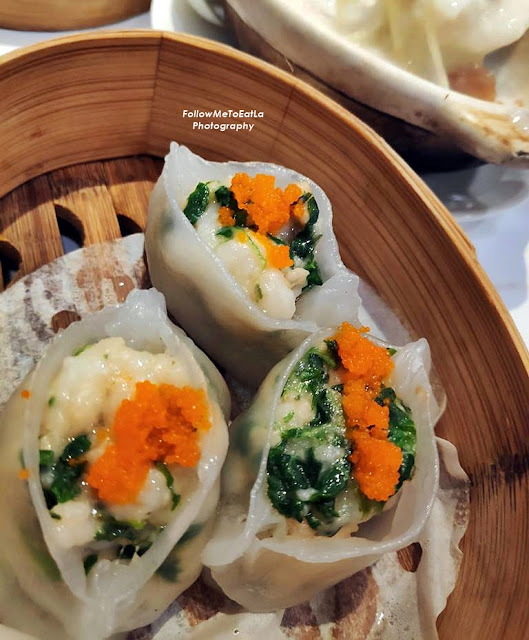 Their Siew Mai ~ Pork & Shrimp Dumpling with Fish Roe does not disappoint as came in as meaty portion encased in dumpling skin and goes well with the dipping chilli sauce. 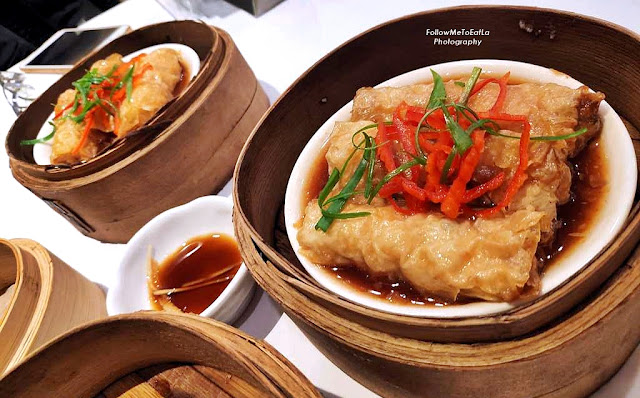 
On the other hand, I was not expecting the Beancurd Roll that came serves in sweet and sour sauce. I like mine just plainly steamed like the classic Siew Mai or Har Gao but it didn't. For me, it was just okay-okay for me. 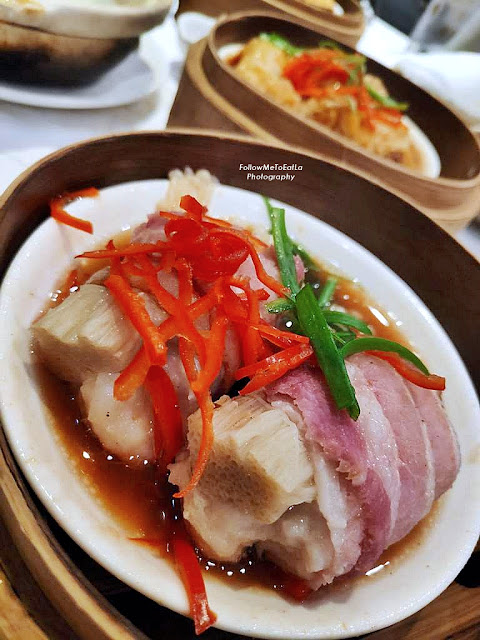 
Bacon-Wrapped With Enoki Mushroom is also another good pick if you enjoyed eating bacon. The savoury and smokey flavour of the bacon goes well thus complementing the bland taste of the Enoki mushroom. This dim sum portion is rather generous with the Enoki mushroom as you can see from my photo! 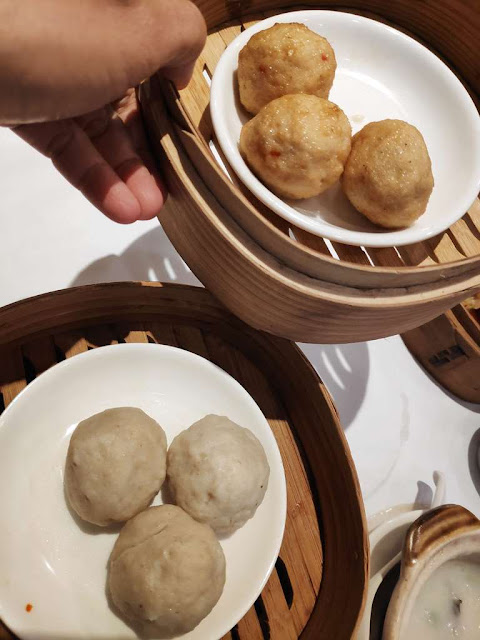 
Both fishballs were indeed good and you may think that you just want to eat these fishballs endlessly plate after plate as it can be quite an addictive dish to eat. Comfort food like these always does this to us! 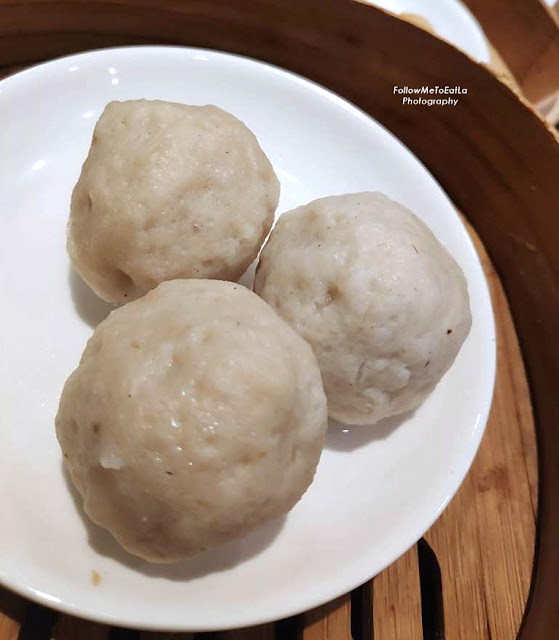 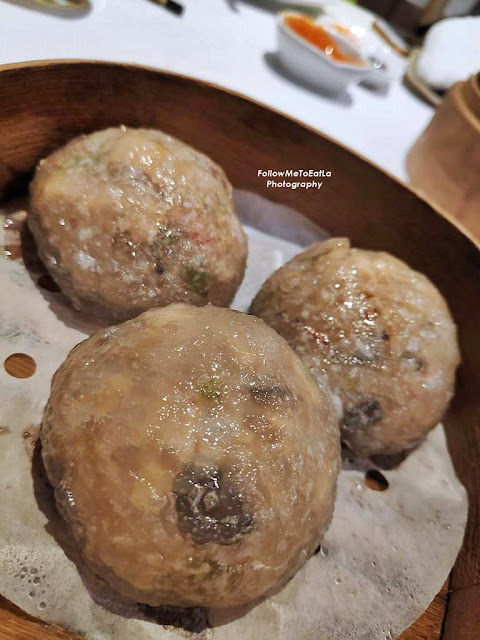 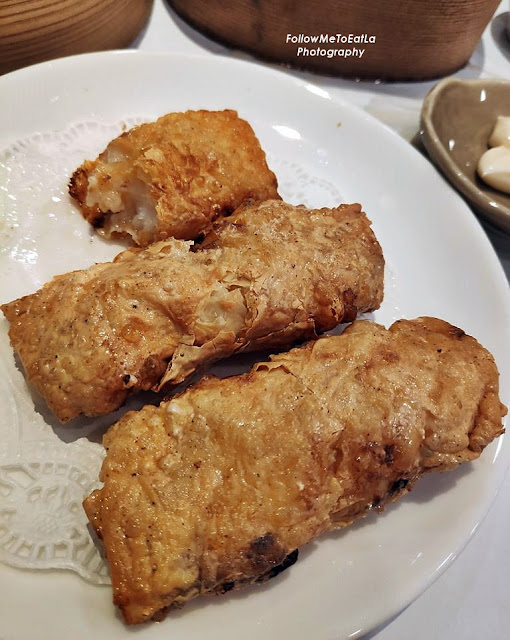 These are really nice to eat and additive kind of dim sum which you can't stop eating. Deep-fried to a perfect crispy on the outside with juicy and flavourful fresh prawns within, this is really a good treat. We ordered 4 plates of these sinful delights! 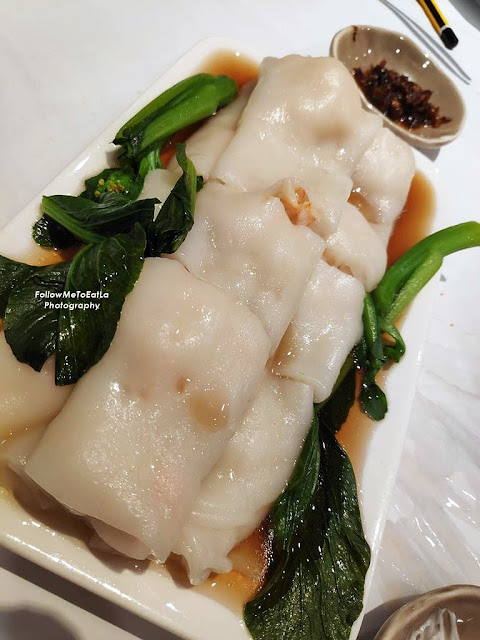 Moving on, we ordered some items from the Steamed Rice Rolls and decided upon Fresh Prawns Rice Rolls out of the 4 selections. The belacan dipping sauce was nice to eat with the rice rolls too! 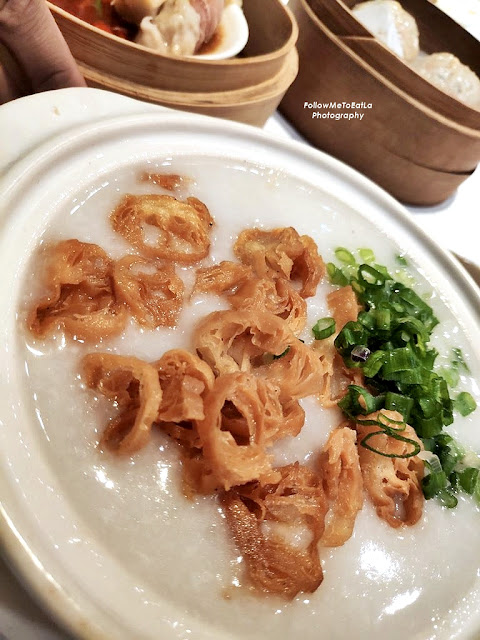 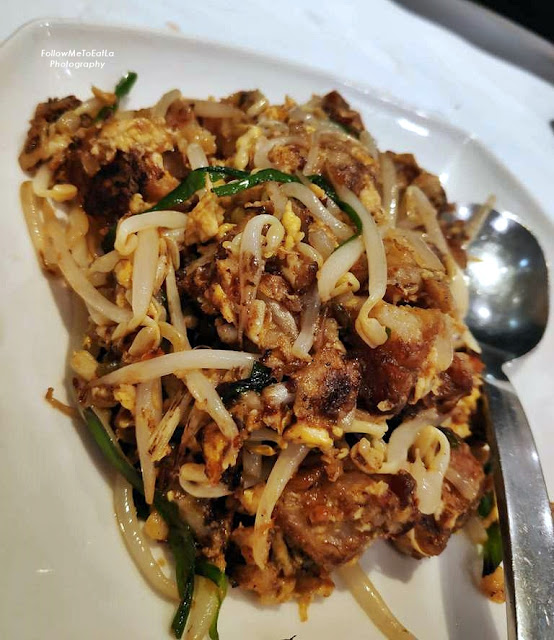 
As you can see, the Stir-Fried Radish Cake With Belacan comes served loaded with bean sprouts with charred bits of the radish cake. Loved this - full of flavour with Wok-hei too! 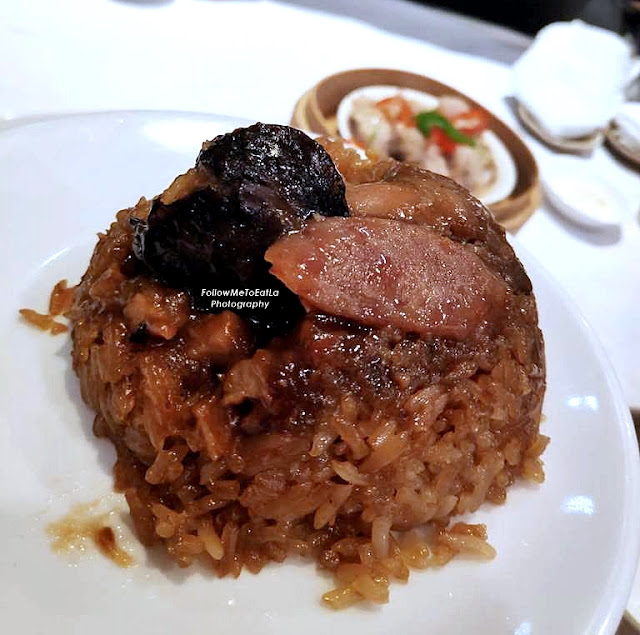 Although we really like their Lo Mai Gai - we just ordered 1 plate for sharing among three of us as the glutinous rice can be quite filling and makes us feeling stuff before we can try more dim sum. 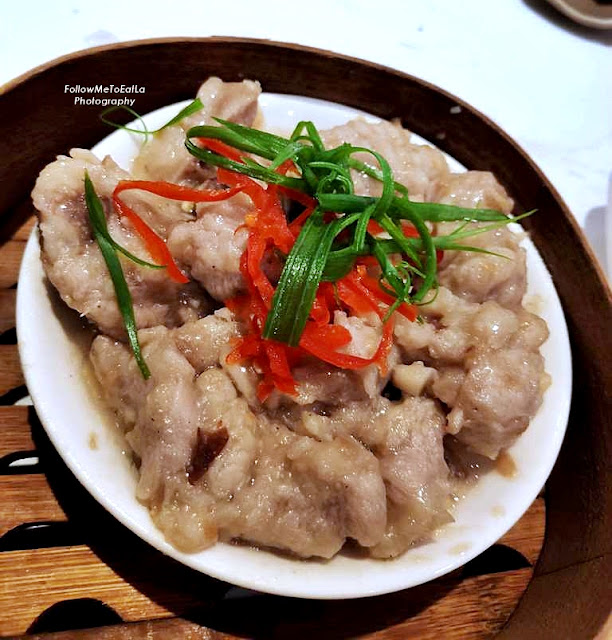 
This pork ribs dish portion was really huge but we wallop everything up in minutes as it was really good. The ribs were juicy and tender, well-marinated but not intensely strong with the black fermented beans flavouring, it was just right. For this dish, we ordered 2 plates. 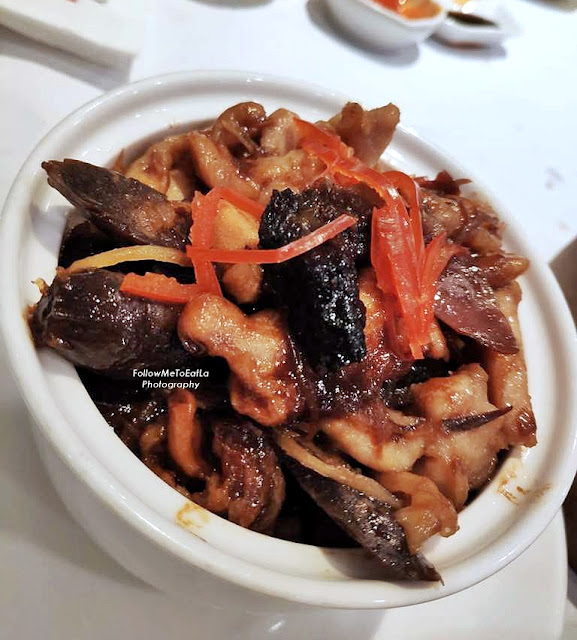 One last dish before the dessert, we just have to order their Steamed Rice dishes. Royal Canton's aced in these rice selections and we decide upon the Mushrooms, Waxed Meat & Chicken. Another recommended dish is the Salted Fish with Chicken & Ginger but on that day, we just have to make do with one dish from this section to leave room for the desserts. 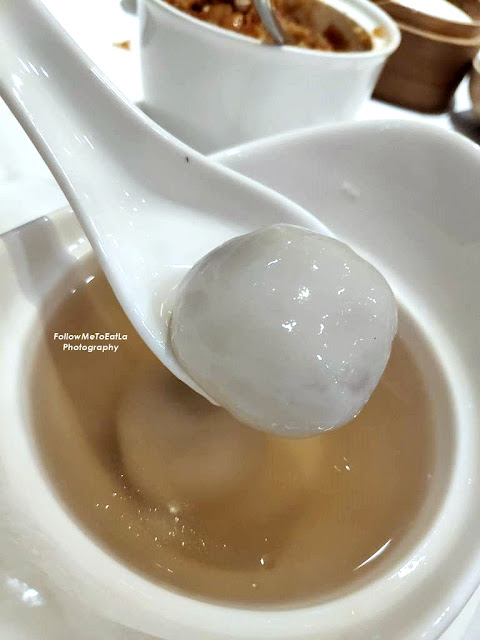 You will be spoilt-for-choice with Royal Canton's selection of dessert totalling up to 12 kinds of sweet soups! We only managed to try all four which proves to be good to the last spoonful! 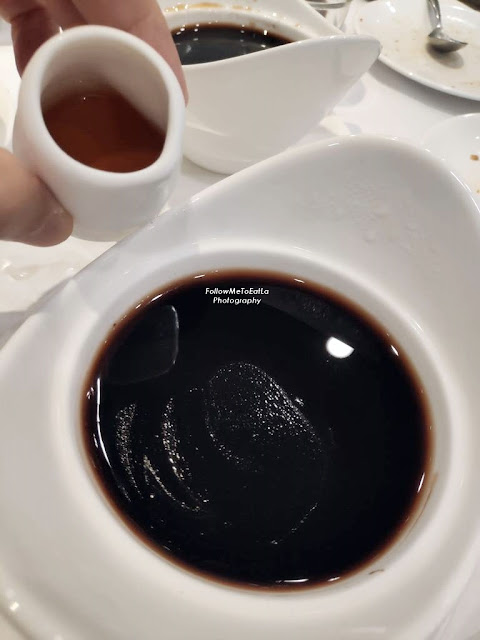 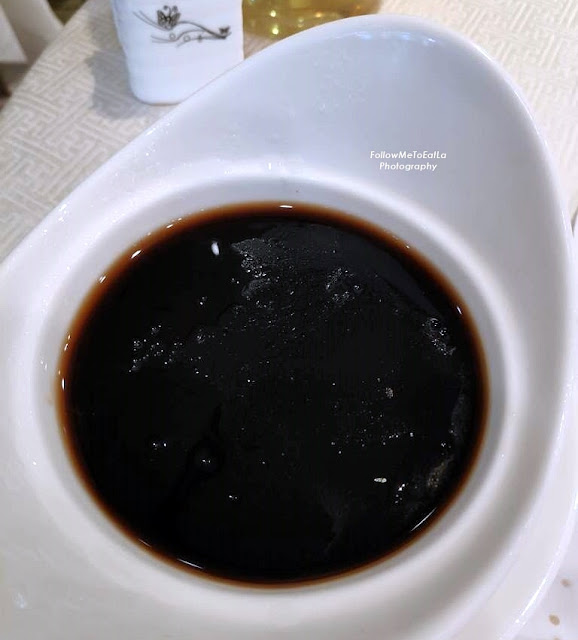 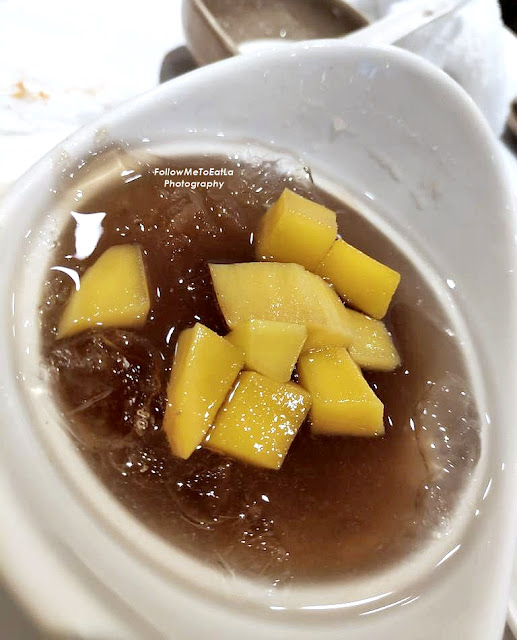 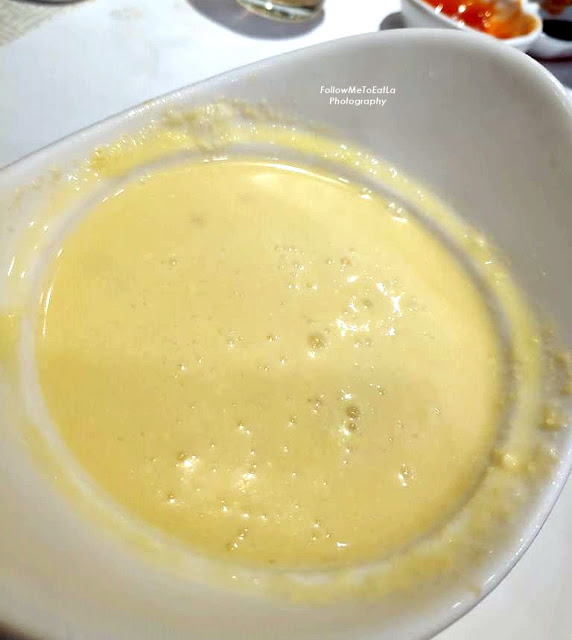 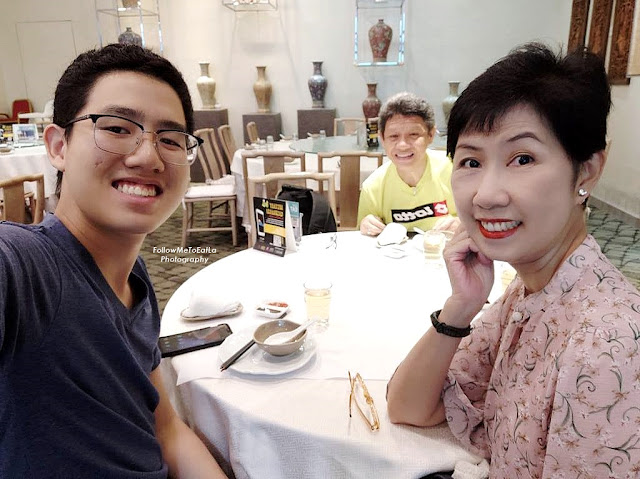 Overall, Royal Canton dim sum promotion carries a large variety of classic treat together with some fusion ones to delight your tastebuds. At RM 48nett, this is a good and affordable price to pay considering its unlimited All-You-Can-Eat dining. 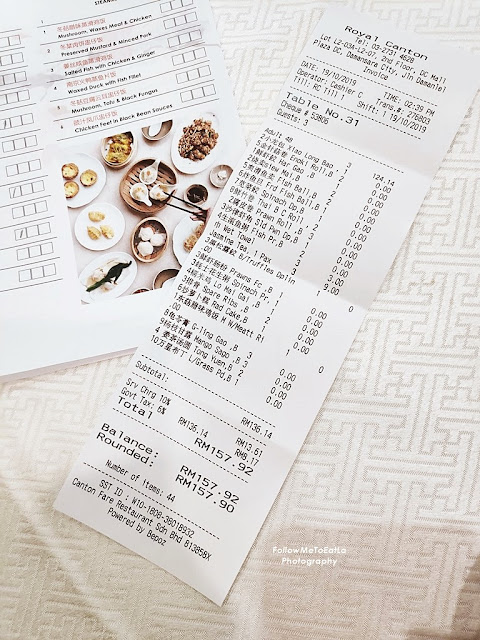 In total at one sitting, all three of us managed to eat around 33 plates of dim sum - averaging to RM 4.50 per plate of dim sum which was a steal in such a comfortable air-conditioned setting. Tea is charged at RM 3 per pax. 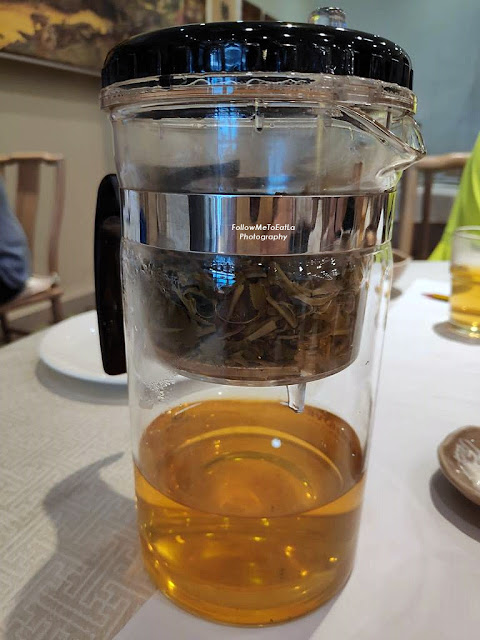 Chinese Tea Of Your Choice
RM 3 Cover Charge Per Pax

Posted by Auntie Lilly FollowMeToEatLa at 11:27