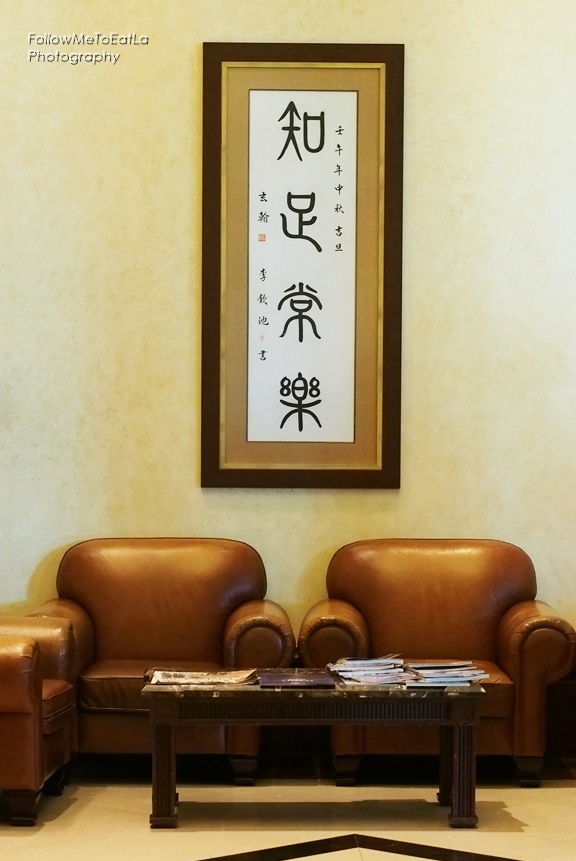 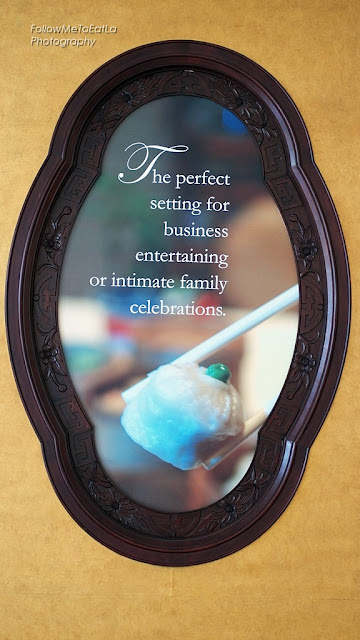 At a recent food tasting event for the media, we sampled three dim sum specially created and prepared by their Dim Sum Chef Chan Wooi Leong. At first glance, we knew this was not going to be the usual spread of tasty morsels. We were served three exquisite and dainty dim sum ~ Steamed Shrimp Dumpling with Dried Scallop, Steamed Crystal Dumpling with Black Caviar and Steamed Lotus Bun Black & White Porcupine. 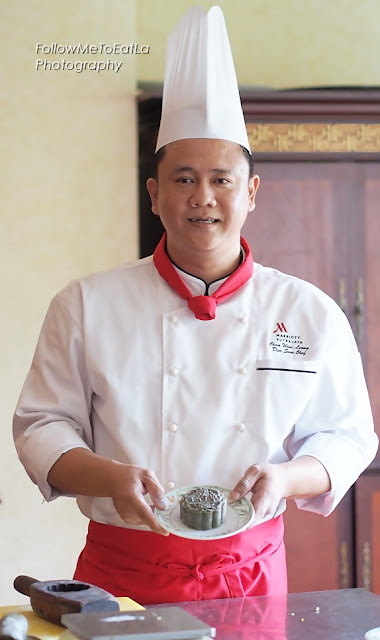 Summer Palace's Dim Sum Chef Chan Wooi Leong makes no compromise with his offering of the three new signature dim sum.  As the saying goes, first impressions count and Chef Chan's deftness in artfully creating delicious dim sum to appeal to the sense makes it an attractive option for lunch. He went way out of the ordinary, turning conventional dim sum and buns into tasty works of art. 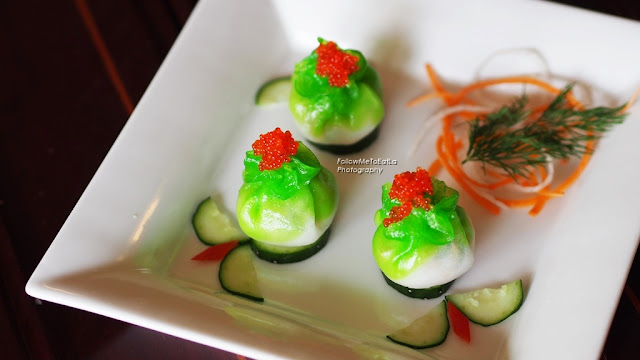 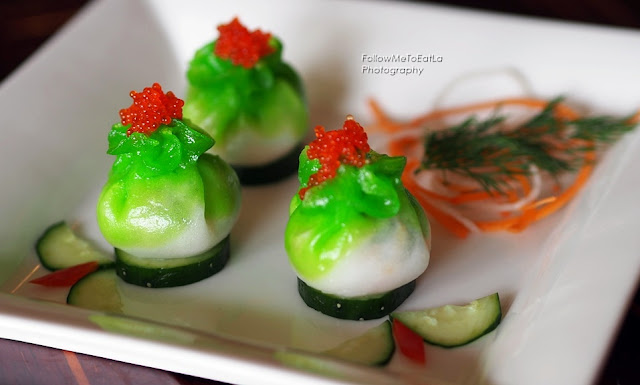 The Summer Palace Steamed Shrimp Dumpling with Dried Scallop was the first to catch my eye.  At first glance, it looked so surreal like a piece of handcrafted white and green jade sculpture. Chef Chan put in so much attention into prettying up the little morsels of goodness that makes it too good to be eaten in one bite. 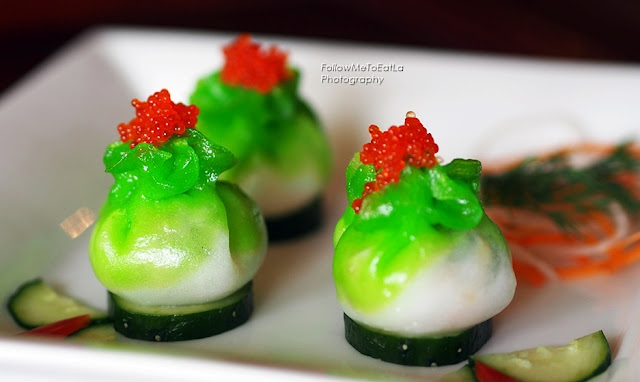 Feast for the eyes before you savour it these plump-looking shrimps dumpling is delicately wrapped with its translucent skin bursting with the natural green colouring made from Chinese spinach - Po Choy. 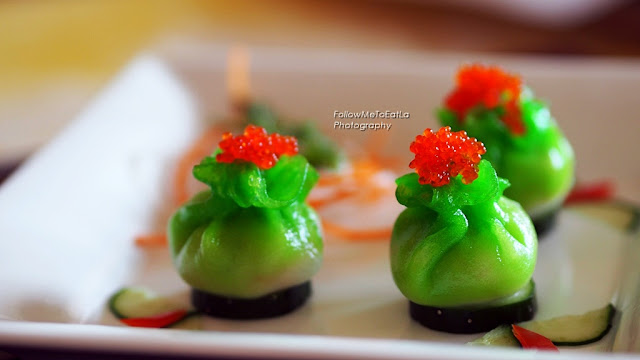 The seafood dumplings sat on a slice of zucchini, topped with fresh orange Tobiko for the extra flavour. If the dim sum served that day were vying for "the prettiest dim sum" title, the prize would have gone to the pretty treat of the Shrimp Dumpling with Dried Scallop! 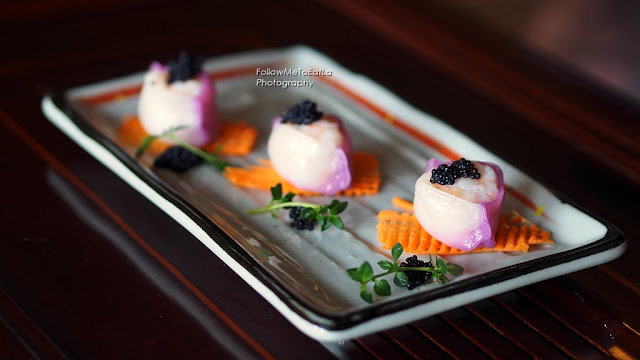 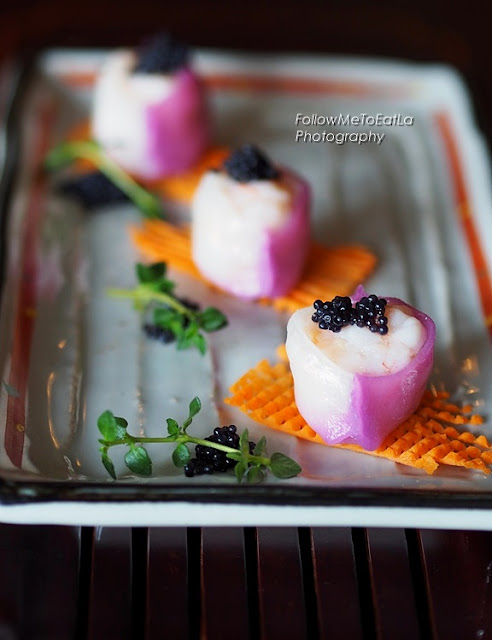 
Next, the premium Steamed Crystal Dumpling with Black Caviar was another charming treat. The succulent prawn dumpling is a pretty presentation as each dim sum is cleverly fashioned and luxuriously paired with black caviar that tangoed well together. 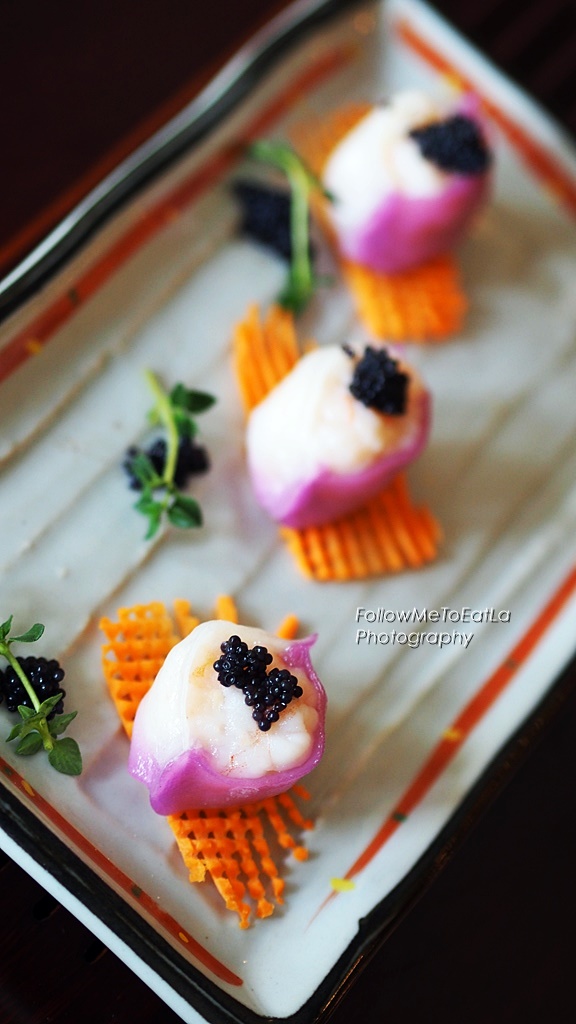 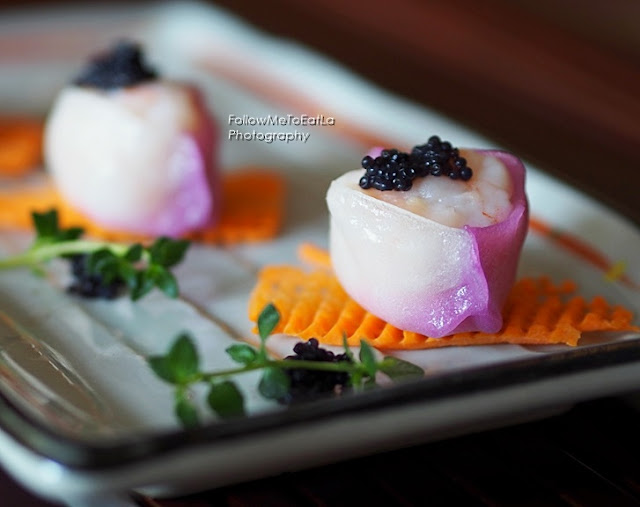 I loved the bouncy texture of the plump and juicy prawn wrapped perfectly in the translucent "Har Gow" skin infused with purplish-pink natural food colour coming from the beetroot. Taking into account the decor and ambience, it became evident that the presentation is as important as taste. 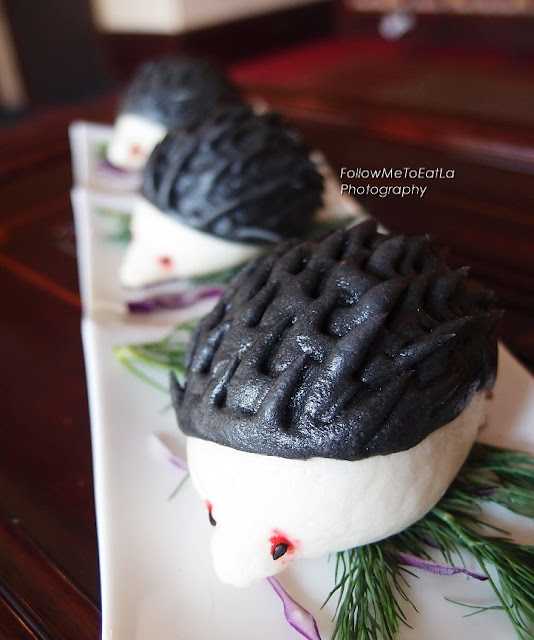 
A dim sum meal would not be complete without a bun. While the rest of the dim sum hold their own, tastewise, the cute little dim sum that caught my attention is the Black & White Porcupine  ~ Steamed Lotus Bun. 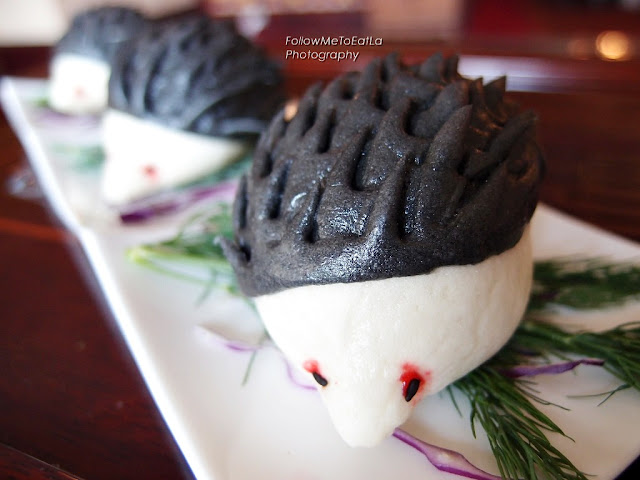 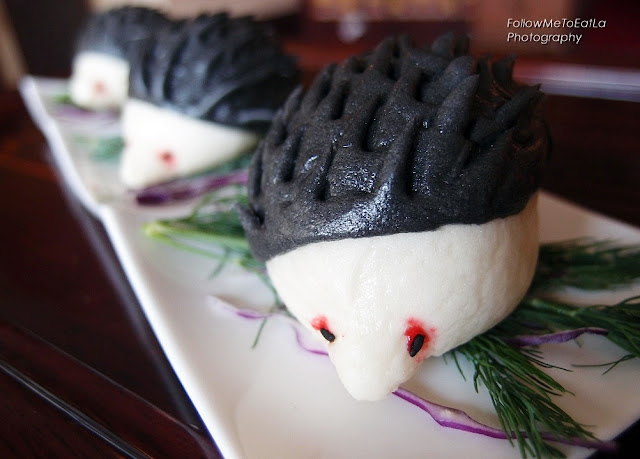 The Steamed Lotus Bun, fashioned to look like a porcupine, is a soft and fluffy bun treats filled with smooth lotus paste. Bamboo charcoal adds the natural black colouring to the lotus bun for the spiky back of the porcupine bun. I was told that it took the chefs approximately 10 minutes to make this spiky cute bun. There you are, this very cute Porcupine Lotus Bun, little black and white coloured bun that gets children or even adults excited to have their meal. 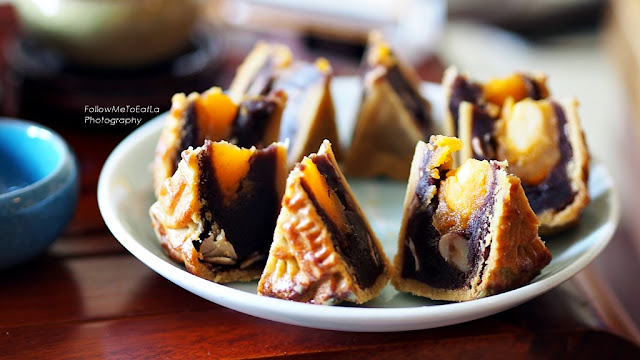 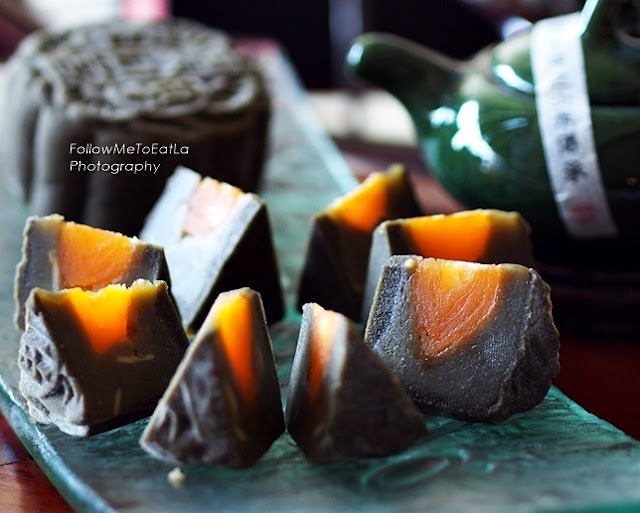 After indulging in that nonetheless appetising dim sum dishes, the freshly baked mooncakes was a welcome sight to end our satisfying and memorable dining at Summer Palace in Marriott Putrajaya.

The new signature menu showcases Chef Chan's creative take on tradition and innovative pork-free dim sum. Adding novels ideas to dim sum can create a lasting impression and doing it the right way, will definitely keep diners pleased. All three new dim sum made quite an impression as it got my taste buds wonderfully happy. Meanwhile, I shall be looking forward to more tasting session at Summer Palace in near future! 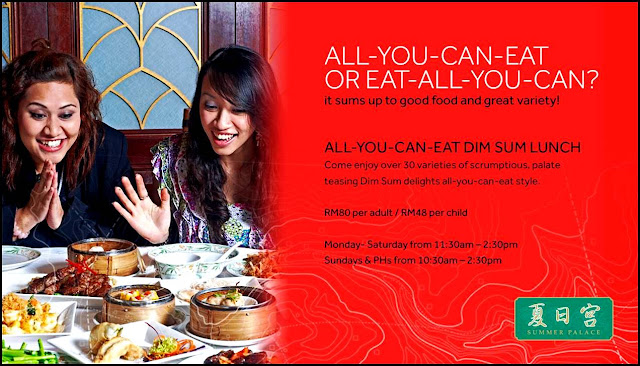 Posted by Auntie Lilly FollowMeToEatLa at 21:57