Winning The Hearts Of Diners
At
MINORI
Japanese Restaurant 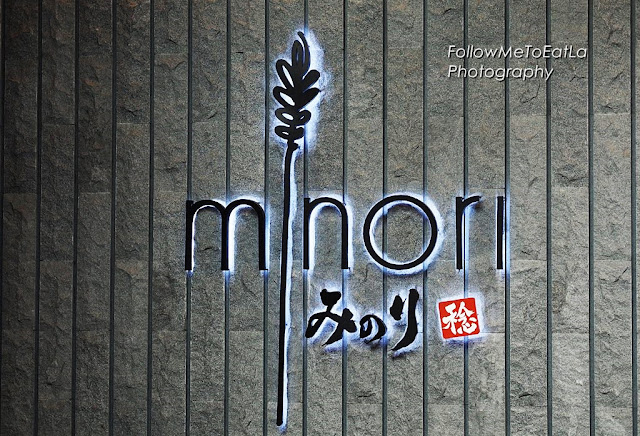 Dining at Minori Japanese Restaurant at The Royal Chulan Damansara Hotel recently was a strange affair - it was the first time I ever been invited to dine and taste one of the world's strangest delicacies.

But this exciting and curious dining was all planned as it's part of the owner, Dato Jessie Yow's grand 'scheme' to introduce fine dining from her lovely restaurant, cooked by Japanese Master Chef Takahiro, to its discerning clientele. 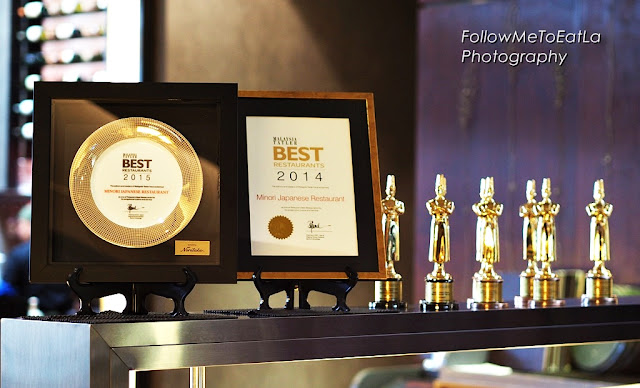 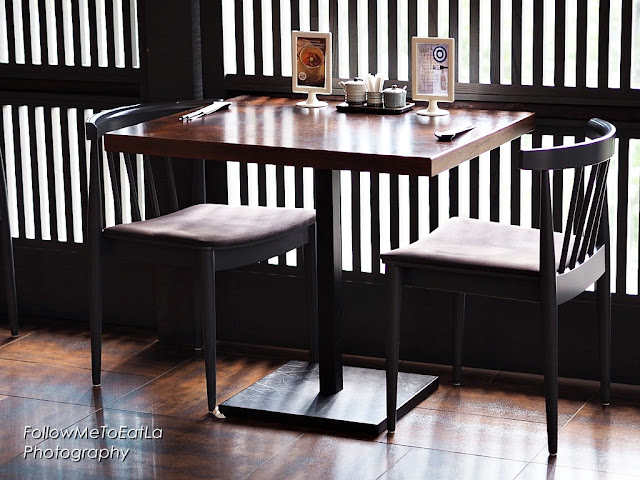 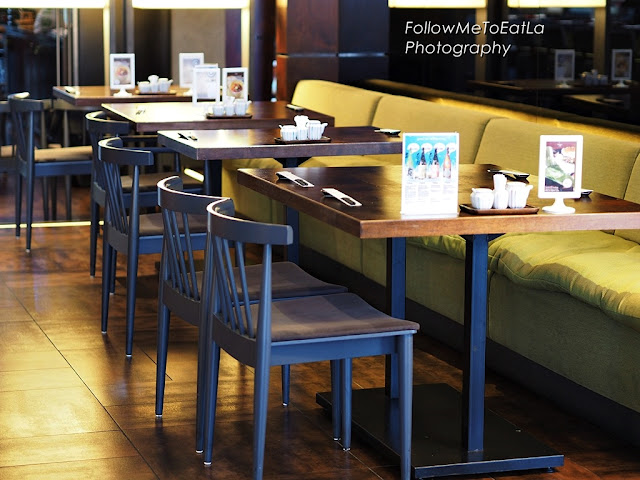 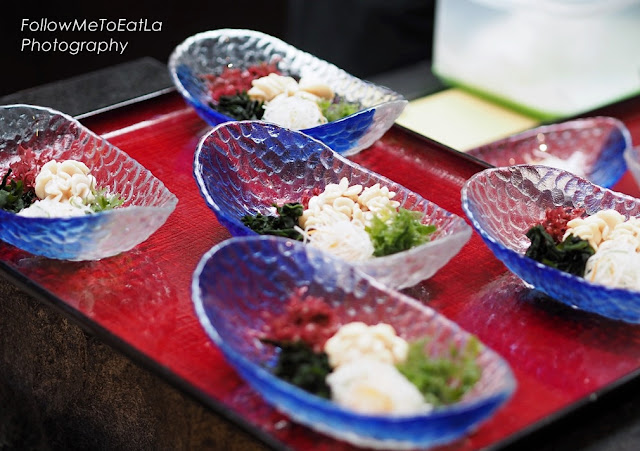 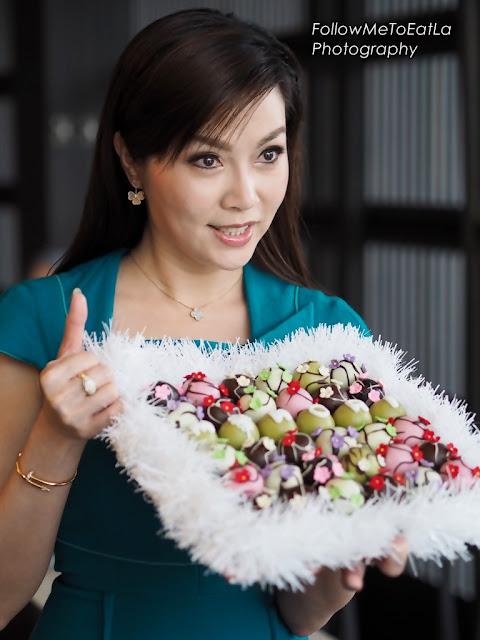 So I was especially delighted to be invited for an exclusive food-tasting of Master Chef Chef Takahiro's speciality dish preview.

Apart from that, I had to say that I have an exquisite dining experience with charming, friendly and hospitable host, Dato' Jessie Yow who is director of Minori Japanese Restaurant too. Everyone was at ease with her presence as she was such a gracious and warm host. 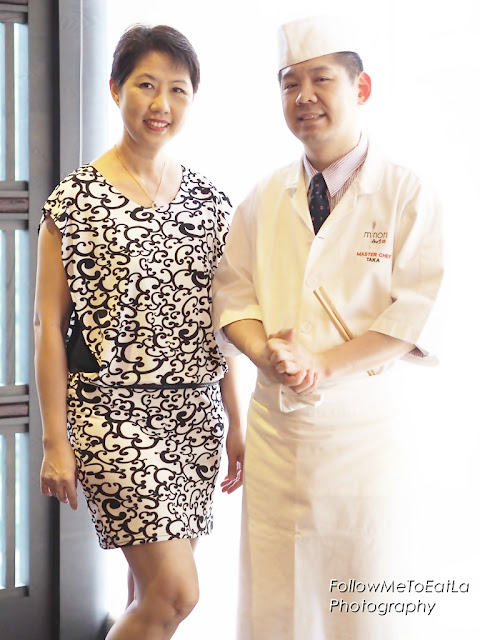 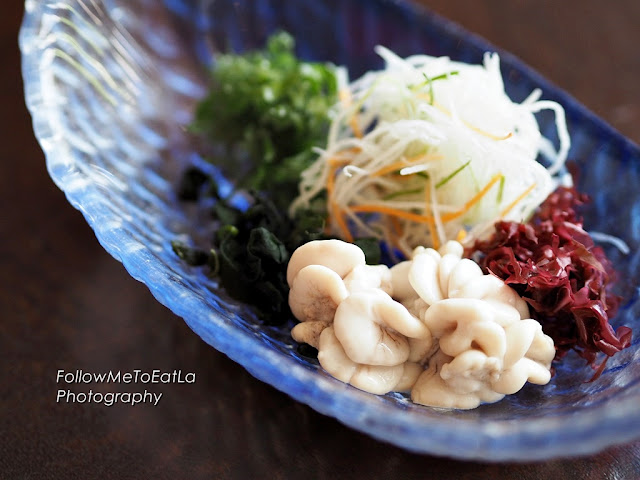 
Lunch opened with Cod Fish Sperm, which was an interesting and much anticipated dish served to us that day. Served raw; it was complemented with chilled shredded radish, seaweed and scallion. 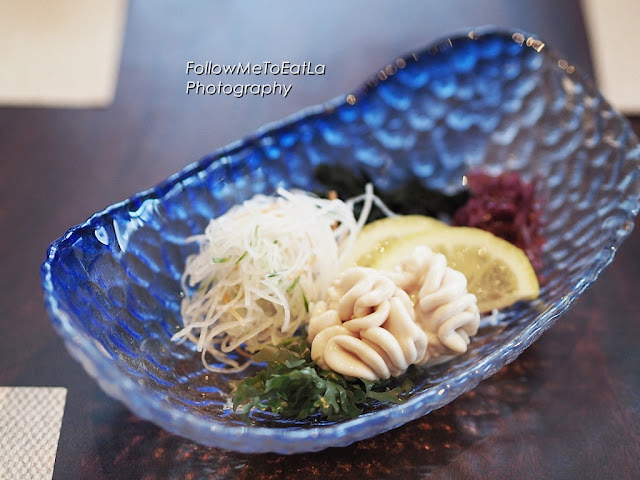 This slippery, soft white food is a popular winter delicacy in Japan. Shirako, otherwise known as Cod Fish Sperm, has a melt-in-the-mouth like butter once you bite into it. Eating this speciality delicacy requires an acquired taste, so you either hate it or love it.  It can be eaten both raw and cooked, depending on individual tastes. 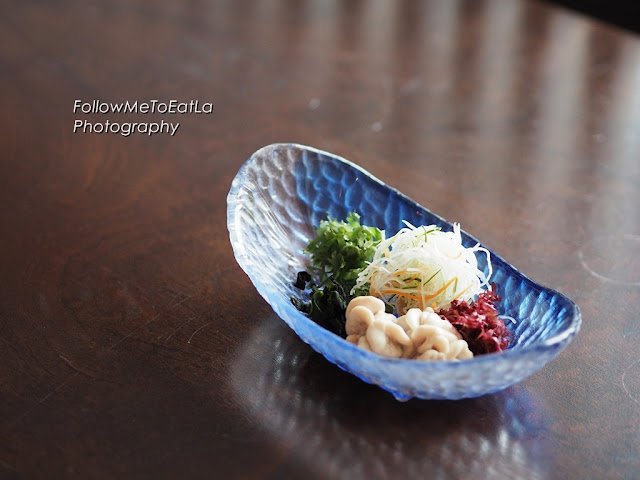 Chef Takahiro further explained that the air-flown male Cod fish are brought in to his kitchen where he personally prepared and served them fresh to entice his diners. I was told that 500 grams of fish sperm can be harvested from an average size Cod fish. 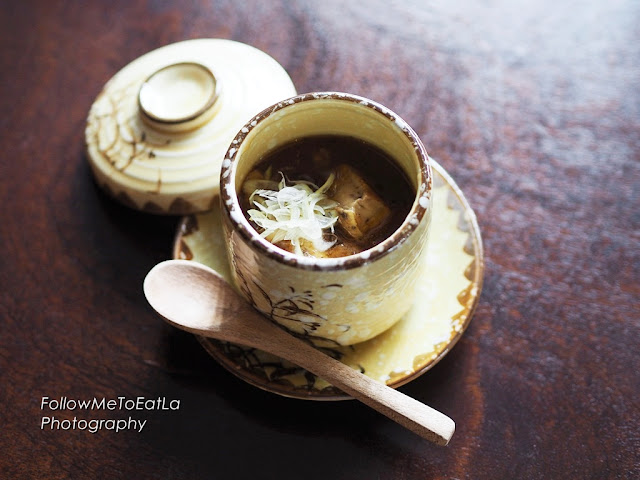 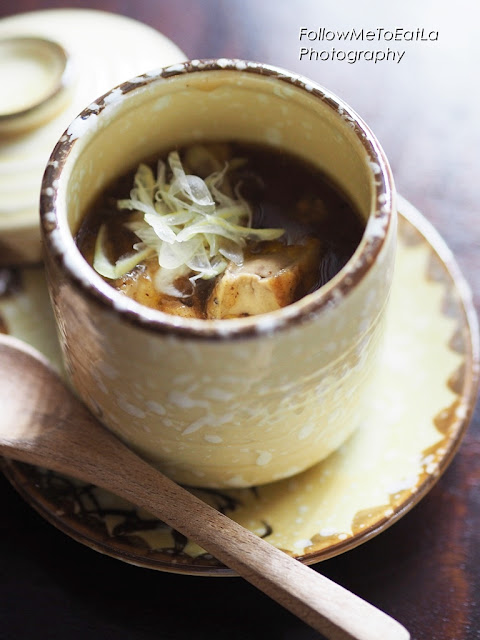 This was followed by the Foie Gras Chawanmushi - and this dish was very true to its name. I especially like this well-thought dish, with fragrant textures playing on the tongue, combining well with the intense flavour of the foie gras. 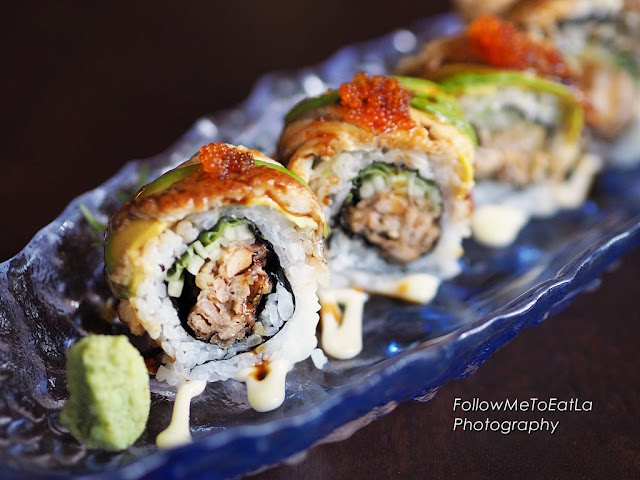 Next up was the Minori Rolls. For Chef Takahiro, fresh ingredients play an important role as they offered the best flavour and taste as well as texture in a dish's completion. Sushi isn't just sushi when you're in the hands of an experienced chef like Master Chef Takahiro. 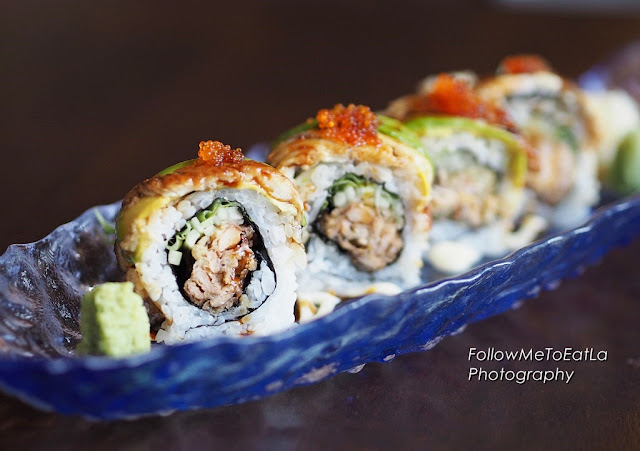 Chef's special maki was really good and tasty - the soft-shell crab and grilled eel did lend an interesting and expected touch to the maki - the avocados also contributed a light creamy smoothness, and it was pleasantly different. 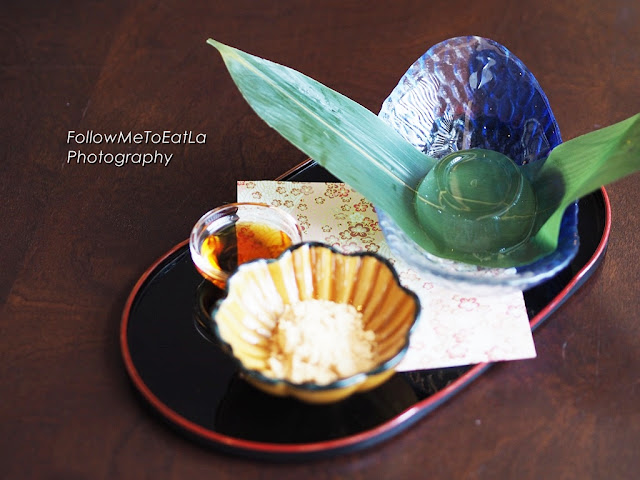 Like all meals, the omakase closes with dessert. The Fish Collagen Mochi was rather a refreshing change from the usual green tea mochi or ice cream. The most fabulous element here was the water mochi made from fish bone and fish scales.

Smooth and silky and filled with goodness of collagen, we wished Minori had given us a little bit more of this wonderful treat. 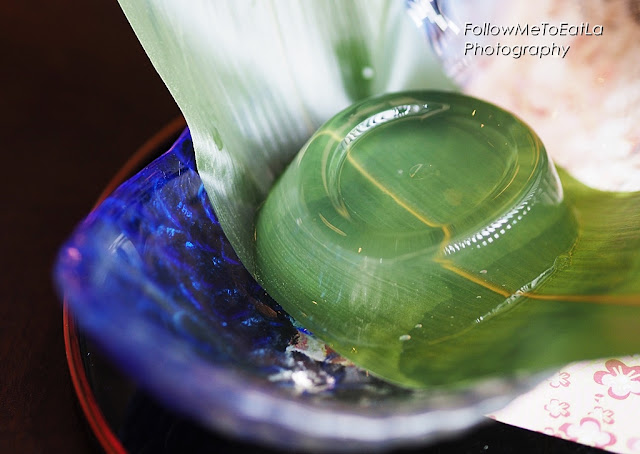 Looking like a huge drop of water magically suspended in solid form, it's so delicate it needs to be consumed in less than 30 minutes, after which it will turn into a sweet puddle of water! 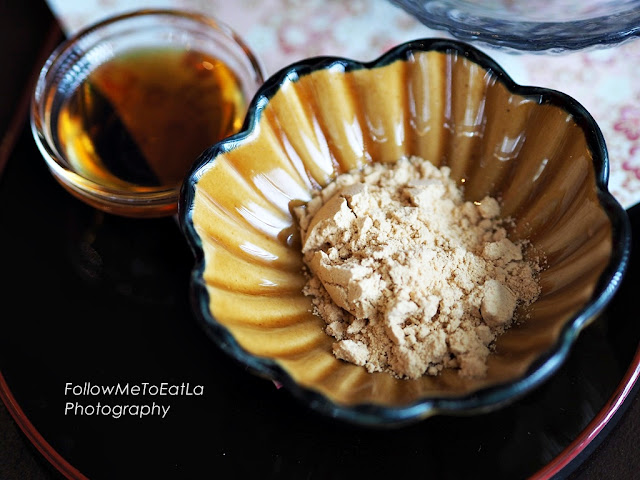 Chef graciously showed me how to go about savouring the collagen rich mochi. Firstly, you must cut to divide the mochi into 8 squares; sprinkle or pour in all of the roasted soya bean powder. 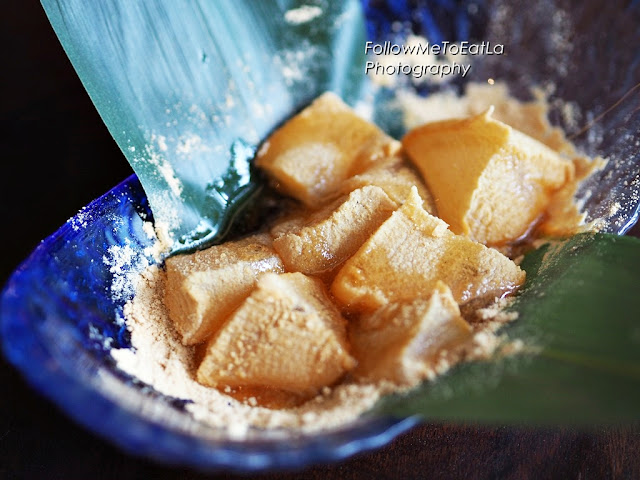 Mixed well to have it coated evenly, and prior to eating, drizzle some gula Melaka syrup to your taste. Voila, there you go, you just make yourself a simple yet delectable Japanese dessert to end your meal. 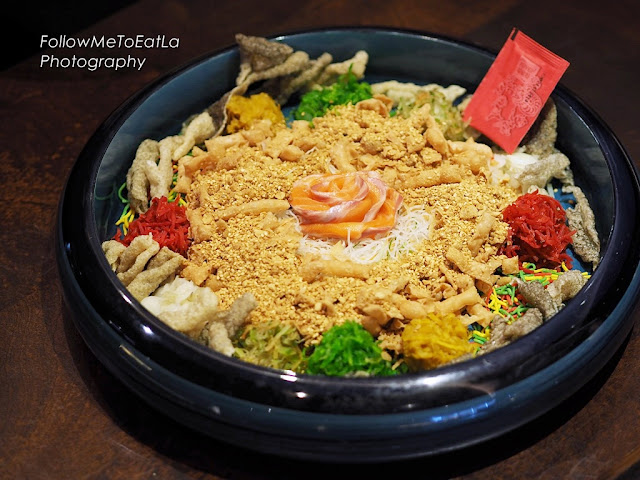 Our dining session should have come to an end with the serving of fish collagen mochi dessert but special request from a celebrity blogger, Dato Kee Hua Chee; and since we are in the mood for some Lou Sang fun session, Japanese-style Yee Sang were served as the last course instead. 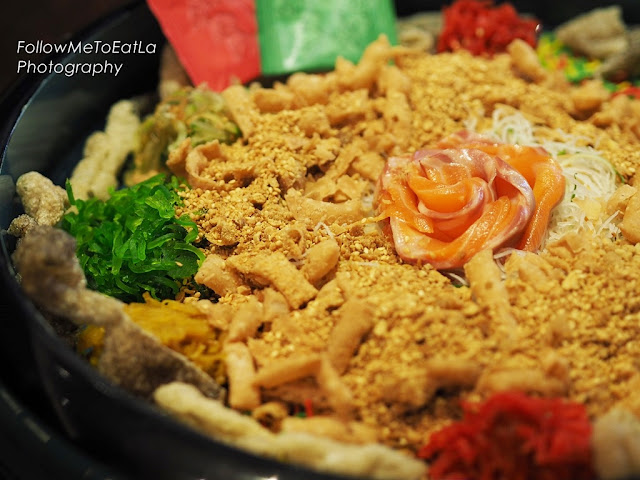 Ingedients used in Minori's Yee Sang as well as its accompaning sauce were freshly made to give the appetiser a refreshing taste. The dish comes with seasoned jellyfish, seaweed, radish, pickled leek, cucumber and carrots topped with air-flown salmon and deep-fried salmon skin for the added crunch before a home-made sauce is drizzled on it. 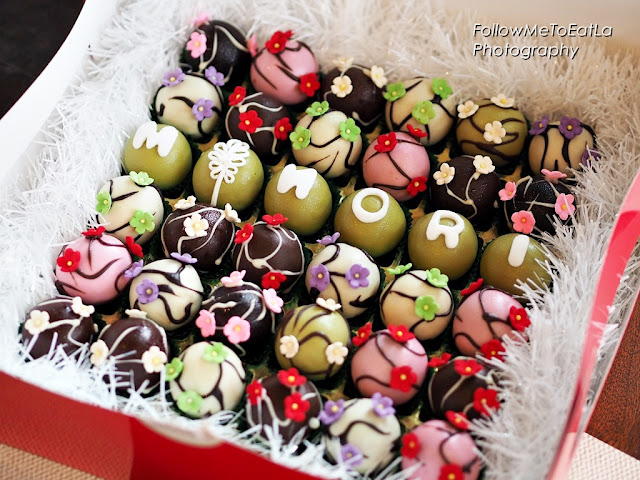 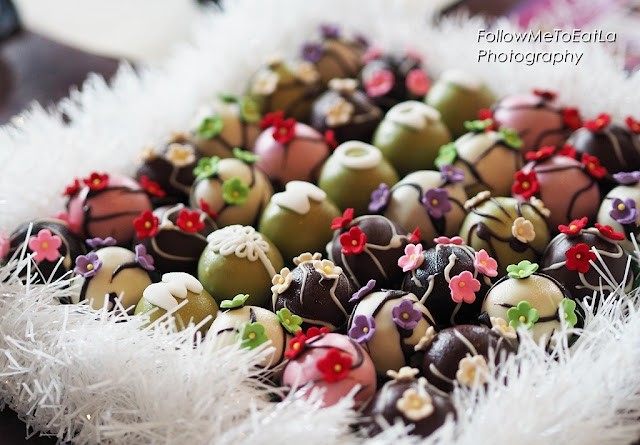 These adorable and cute CakeBalls were made-to-order especially for Minori to celebrate the happy occasion. Choose from six great-tasting flavours, there's Sugi Butter Delight, Chocolate Mocha, Blueberry Delight, Red Velvet, Oreo Cheese and last but not least, Orange Delight. Pretty-looking CakeBalls are seriously too cute to be eaten and absolutely one of the most instagramble dessert of all time! 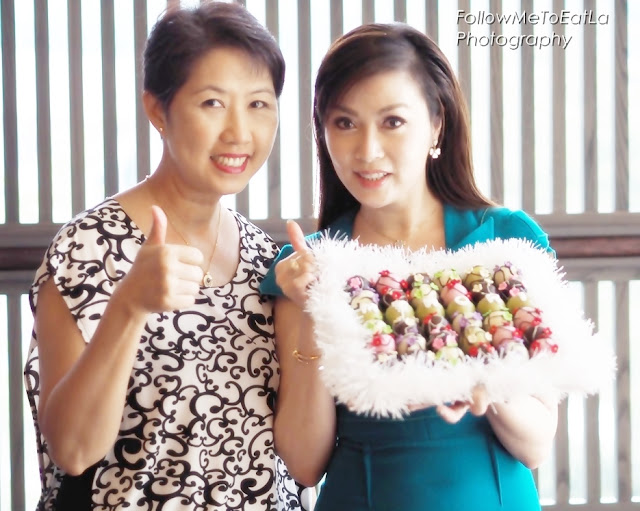 Thumbs Up From Dato Jessie Yow