3 DAYS ONLY! The "King of All Waffles" by INSIDE SCOOP & DURIAN KING 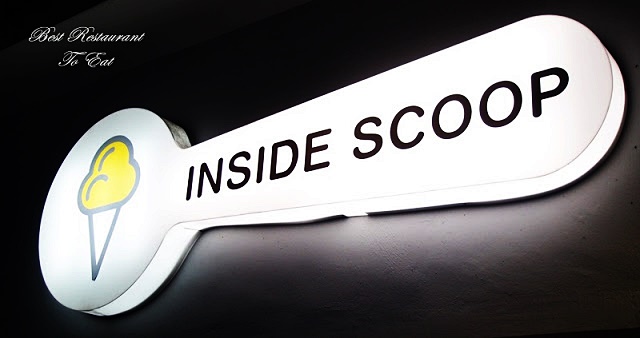 Durian season is here and especially the craze on the Musang King this season. We had the opportunity to taste; first hand this King Of All Waffles at Inside Scoop, Damansara Jaya branch tonight. 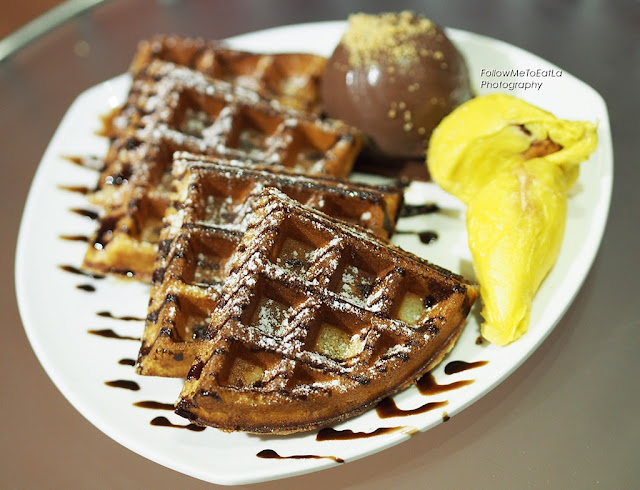 The King of All Waffles 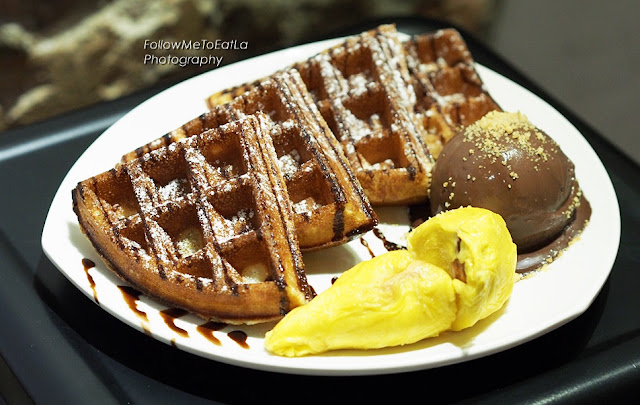 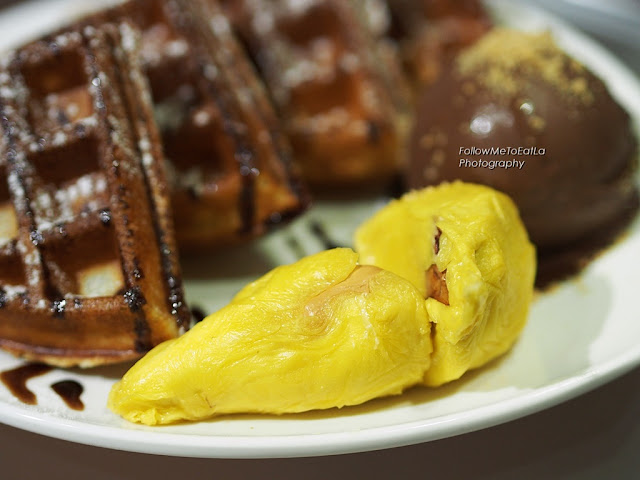 A special collaboration of 2 popular brand names namely Inside Scoop which is famed for its smooth creamy made from scratch ice cream and the Durian King TTDI for the supply of fragrant and top quality Durian; to create a unique one of its kind King Of All Waffles for us to savour in for this durian season. 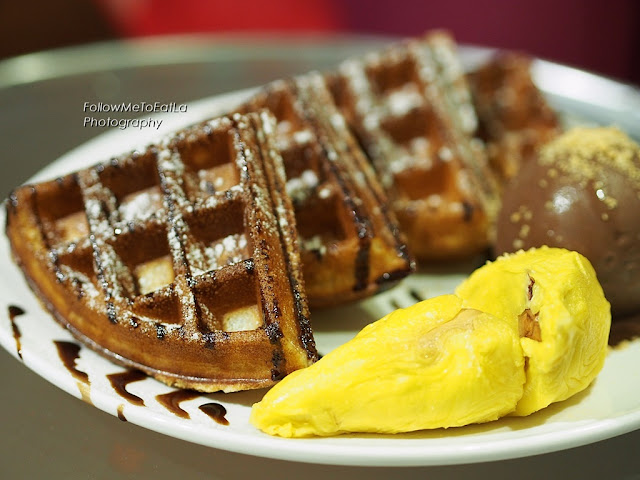 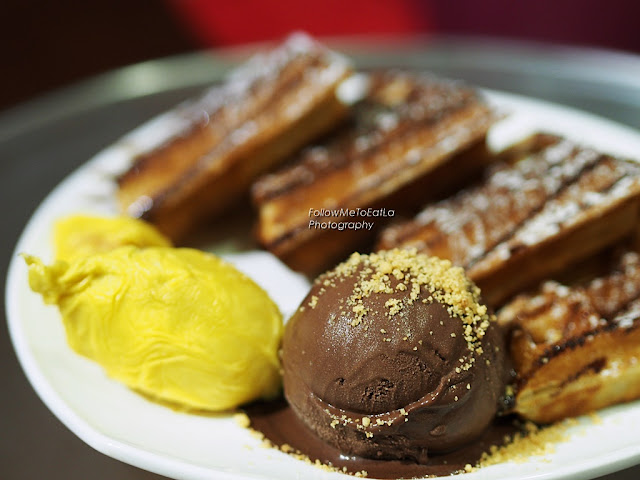 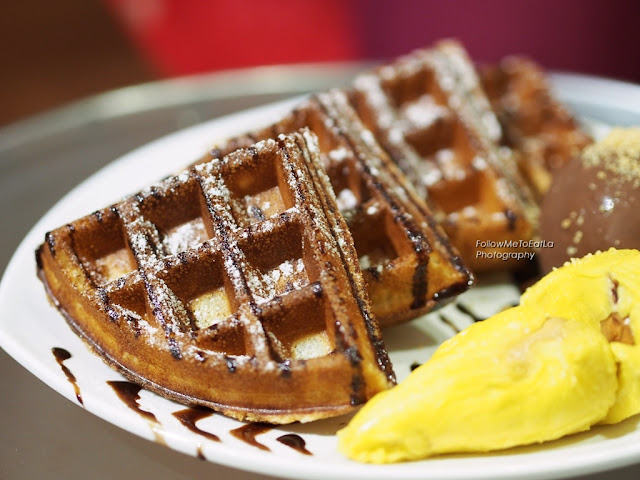 Served with a set of crispy Butter Milk Waffles; the light texture of the waffles was just right to absorb the ice cream which intertwined with the lustrous Yellow Durian flesh making each scoop a delight which has its' after taste still lingering; hours after that. 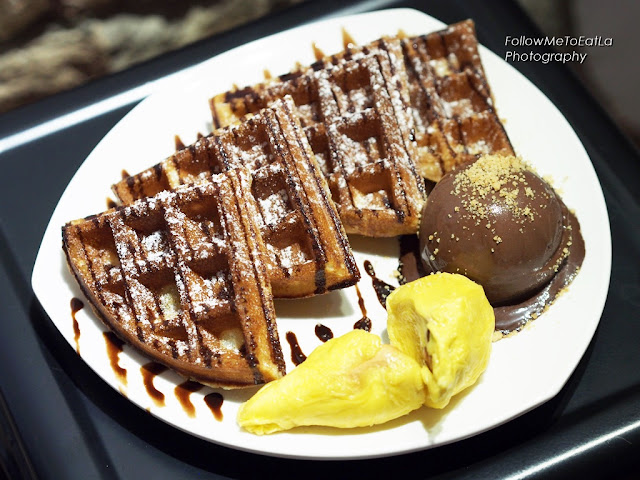 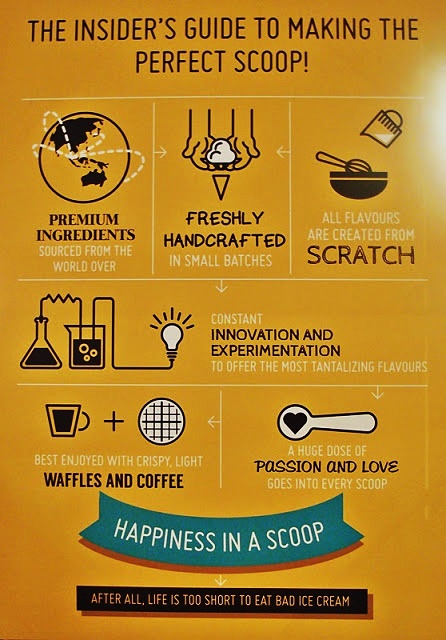 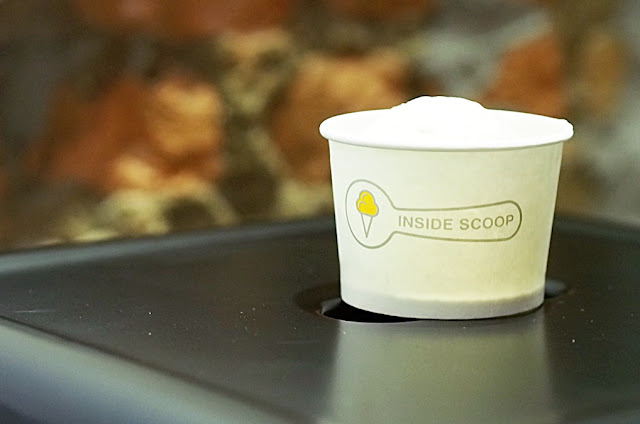 However, if you miss King Of All Waffles, don't despair as Inside Scoop has also it's very own Durian Ice Cream which we had a chance to taste it too. We find the taste and the creaminess of this flavour; up to mark as its Durian based was the D24 species which has a strong character by itself. 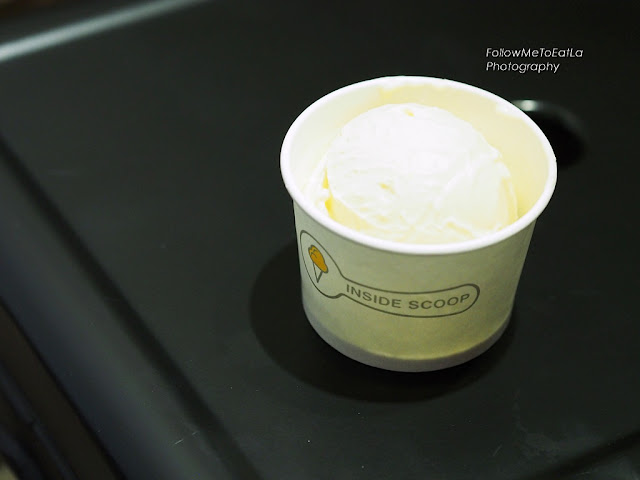 There you go, Inside Scoop shall be serving the King of All Waffles for 3 DAYS ONLY starting TODAY - 22 June 2016 until Friday - 24 June 2016 at all their scoops shops except Bangsar, USJ Taipan and Melaka. Come early as there are limited serves!

Posted by Auntie Lilly FollowMeToEatLa at 01:27