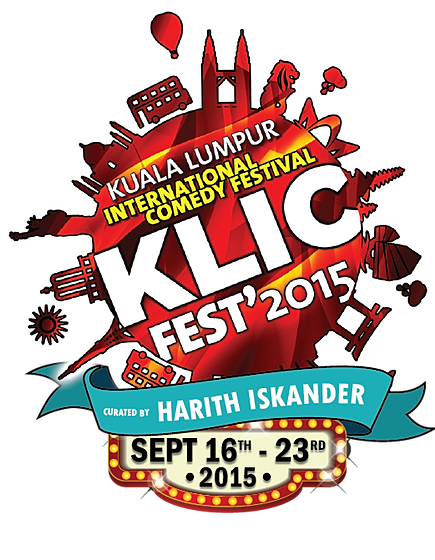 With 20,000 fans, more than 60 of the best comics in the world, 14 different countries, 8 days of laughter and 5 comedy-friendly venues . That sums up Asia’s Biggest Ever Comedy Event, The Kuala Lumpur International Comedy Festival (KLICFest), scheduled to rock Kuala Lumpur from 16th to 23rd of September 2015. This epic comedy saga is the brainchild of our very own Harith Iskander, the ‘Godfather’ of Malaysian Comedy – who is both founder and director of this festival. 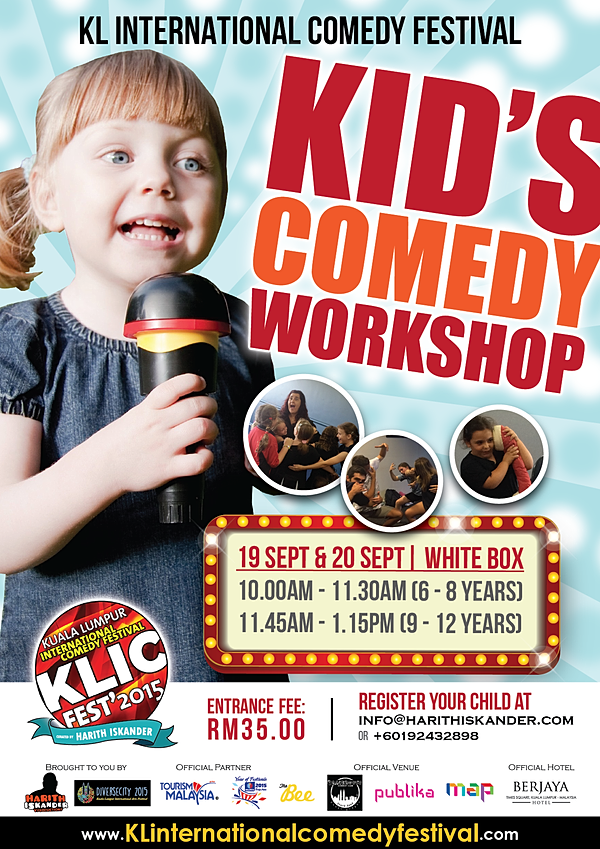 This extravaganza will have all things comedy from sketch, satire, musical and improv comedy to slightly less traditional acts like a comedy magician and a hypnotist comedian! There will also be open mic competitions, kids’ comedy workshops plus a whole gamut of stand-up comedy shows in English, Bahasa Malaysia, Bahasa Indonesia, Tagalog and Cantonese!

All the funny festivities will culminate in a mammoth performance of the festival’s top comedians on the 20th of September 2015 known as Harith Iskander’s ‘To Know Malaysia is to LAUGH MALAYSIA’ Gala Night at The Manhattan Ballroom, Berjaya Hotel.

“Comedy fans in Malaysia have always been kind and generous in their support and it is because of them stand-up comedy has flourished in Malaysia. Having a full-fledged international comedy festival is the next logical step in the growth of the comedy scene here. In a way, it is a way of rewarding the fans with something spectacular". 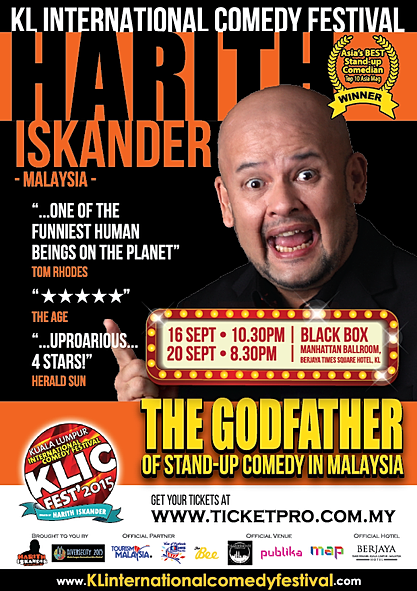 "This is a first, a huge first and we’ve worked hard to do it right. Everyone’s heard of the Edinburgh Comedy Festival, Melbourne International Comedy Festival and Montreal’s ‘Just For Laughs’, three of the biggest, most prestigious comedy festivals. Hopefully KLICFest will be a step towards getting Kuala Lumpur in that elite group of cities. Edinburgh, Melbourne, Montreal, KL.” – Harith Iskander 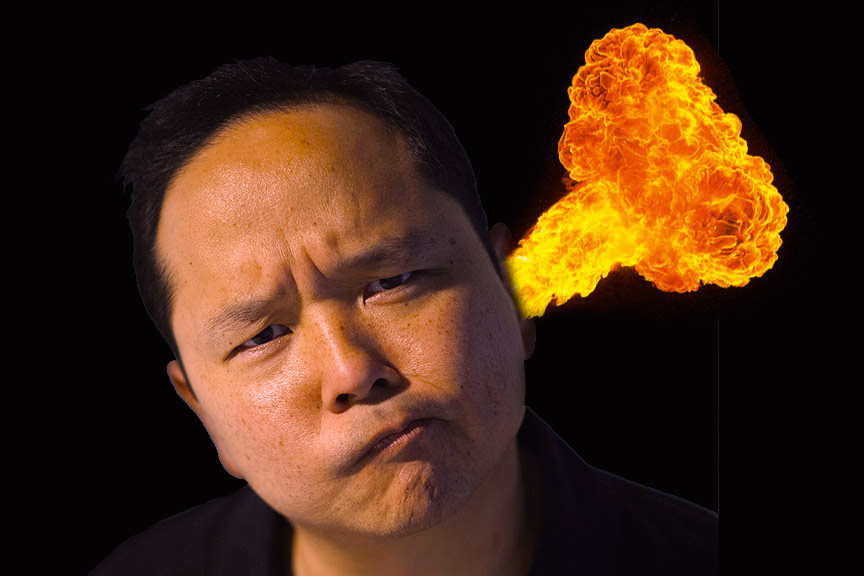 The reach of KLICFest is far and wide. This festival curated not only the best comedians from the region, from countries like Hong Kong, Singapore, Philippines, India but also the best comedians known globally. Included in the line-up are names like perennial favourite PAUL OGATA (USA), the explosively funny GINA YASHERE (UK), comedic magician extraordinaire JARRED FELL(NZ), comedy ensemble ONGALS (KOREA) and many others.

“Comedy fans of all ages will have the opportunity to escape from stress with their favourite comedians and enjoy a fun-filled social bonding experience with their loved ones over the week-long festival. Kids will enjoy laughing, parents will love seeing their children laugh, and hey, if your date is laughing, you can be sure it’s already a good date!” said Dr Jezamine Lim, fellow Festival Producer of The Kuala Lumpur International Comedy Festival.

The Kuala Lumpur International Comedy Festival is one of the many initiatives under the wider umbrella of DiverseCity 2015’s Kuala Lumpur International Arts Festival. It is aimed at showcasing a diverse and multitude of talents and cultures from around the region making it one of the largest cultural events in Malaysia in line with Tourism Malaysia’s Year of Festivals 2015.

The Kuala Lumpur International Comedy Festival aims to create a bigger platform in the future as part of fulfilling the growing demand for comedy in Malaysia.

To get more information on the festival and line up of entertainers kindly visit www.klinternationalcomedyfestival.com