Bear Paw originated from Feng Jia night market in . The founder was holidaying in and chanced upon some Japanese buns that was really tasty. He was then inspired to create a unique burger or bun which was a combination that embraces the Western culture with Asian ingredients.

The iconic bear paw print on the bun itself is the representative of 's national animal, the Formosan Black Bear. Hence due to the cute looking paw print which appeals to the younger generation, it kicks off to become one of 's popular & must eat food for any visitors to Feng Jia Night Market nowadays. 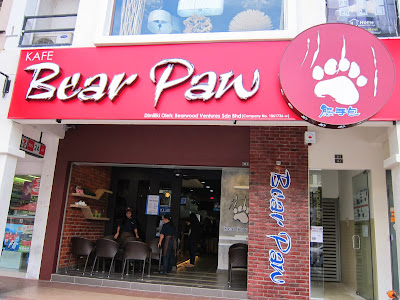 This Bear Paw outlet is strategically located in Dataran Sunway. It's a trendy place that offers a comfortable environment with outdoor and indoor setting, cosy setting which is great for family or friends' gathering.  If you're craving for a hot and fresh burger, I suggest you head over to this awesome new outlet to try out the variety of freshest and tastiest Bear Paw Buns. 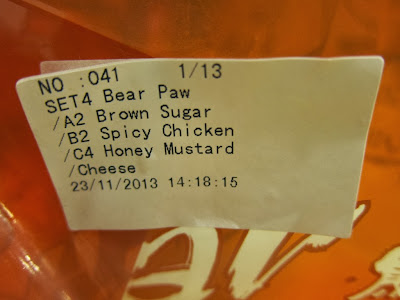 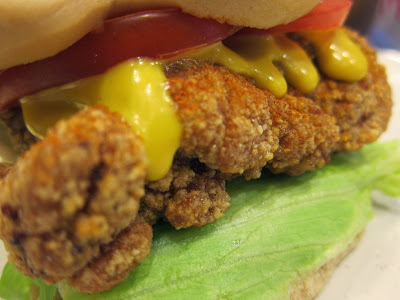 Amazed by the generous serving of the chunky piece of the crispy chicken. 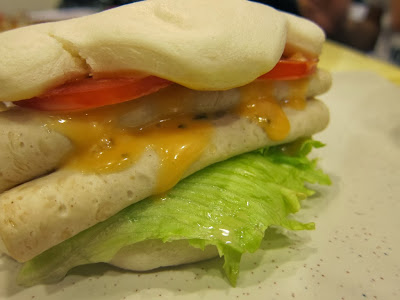 Next up: Milk Bun with Chicken Ham & topped with Thousand Island sauce. Well, I found the Chicken ham to be lacking in taste  & flavour, kind of bland can't really taste any thing at all. Maybe I'm used to the saltiness of porky ham with the savoury smoky flavour. The thousand island sauce was a damper too as it was seriously lacking in the sweet & tangy of ketchup sauce. However, the saving factor was the freshly steamed Milk Bun which was soft & mild in flavour, yet good enough to eat on it's own.

Last but not least, another noteworthy combination to try is the Pumpkin Bread with Fish Fillet & topped with Tartar sauce. This choice is good for those who would prefer fish rather than chicken. The crispy fillet, well coated with breadcrumbs was served warm to bite, but it was tad too thin for me. Honestly, I didn't taste much of the fish. If it was cut thicker, it would be better.

Overall, Bear Paw is definitely something worth trying ... as the special imported Bear Paw Bun travels all the way from Taiwan to Malaysia for us to experience the real taste of this awesome, tasty & super cute looking bun.

Posted by Auntie Lilly FollowMeToEatLa at 01:25